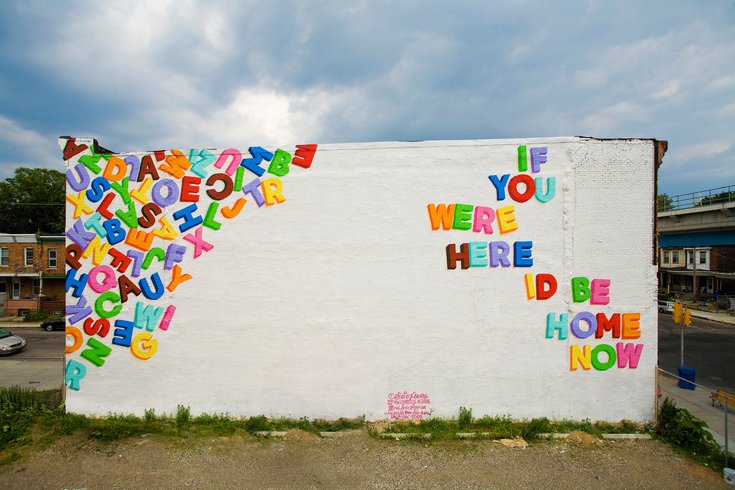 Mural Arts Philadelphia is celebrating Valentine's Day by offering a virtual, guided tour of 'A Love Letter For You,' the iconic mural collection painted along the Market-Frankford Line by Philadelphia native Steve 'ESPO' Powers.

Valentine's Day is almost here. From scanning gift specials to making meal reservations, finding a simple way to celebrate the holiday can be difficult — whether you're partnered or not.

That's why Mural Arts Philadelphia is hosting its own Valentine's Day celebration with a virtual guided tour of "A Love Letter For You," by Steve "ESPO" Powers. The mural collection is one of the city's most iconic art projects, running along the Market-Frankford Line. The tour will feature 15 of the 50 murals.

The live, webinar-style tour takes places Friday, Feb. 11 from 5-6 p.m. People can sit back and relax as a Mural Arts tour guide details a love letter from "the artist to his hometown, from an individual to a neighborhood, from one lover to another," according to Mural Arts.

Tickets are on sale for $20 per person. Each person who registers will receive an individual link to the tour, plus a $5 discount code for a limited edition Steve "ESPO" Powers Valentine's Day tote bag.

Mural Arts Philadelphia also is selling a Valentine's Day gift bundle, which includes a tote bag and two tickets for an in-person "Love Letter" tour, for $64. In-person touring is expected to return in the spring. 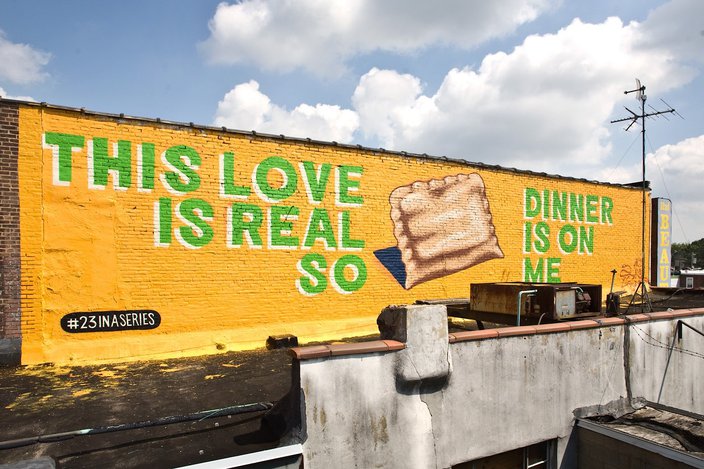 Steve 'ESPO' Powers completed 'A Love Letter For You,' which features 50 murals along the Market Frankford Line, in 2010.

Powers, who was raised in Philadelphia but now lives and works in New York City, has been working as a muralist and a studio artist for decades. He completed "A Love Letter For You" in partnership with Mural Arts in 2010. He also has two other pieces in Philadelphia – "Old City" from 2016 and "18th and Sansom" from 2018.

Powers has painted "Love Letters" to some other cities, too — New York City, Baltimore, Dublin and Belfast, to name a few. He chronicled each experience in "A Love Letter to the City," which was released in 2014.

In the book, Powers wrote about the grant that allowed him to paint the large collection of murals in Philadelphia, and his collaboration with Executive Director Jane Golden, who uses Mural Arts as a method of community engagement and outreach, above all.

"The art is secondary to bringing the community together and getting everyone to agree on something," Powers wrote. "The wall stands as a testament to a unified community, even if the art is completely boring."

He explained that in his many meetings with community members in West Philadelphia, he was questioned about the purpose of the project and whether the artwork was simply "propaganda" for SEPTA, as it appears along one of two major subway lines in the city.

"'Regardless of where you live, we are all here because of love,'" Powers told them. "'The love I put on these walls will speak to your sons and daughters in a way that no one else is speaking to them, and even if they have no love in their own lives, they will know love exists.'" As a West Philadelphia native, Powers was able to reconnect with his roots by completing the project. 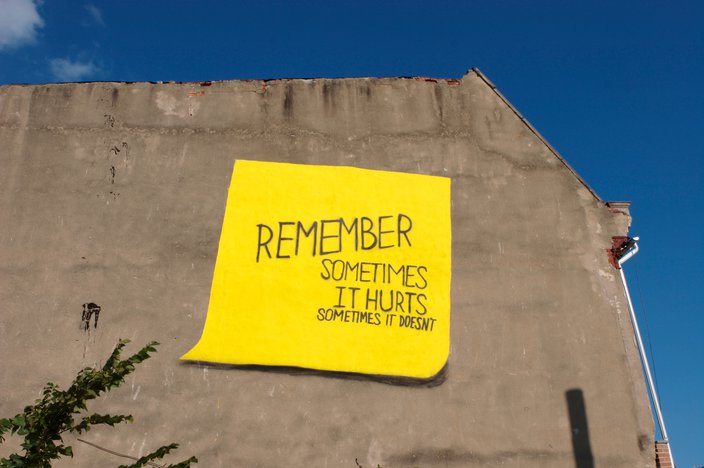 Steve 'ESPO' Powers released a book in 2014 that chronicles the various 'love letters' he has written to other cities. The mural above is part his 'A Letter For You' collection in Philadelphia.