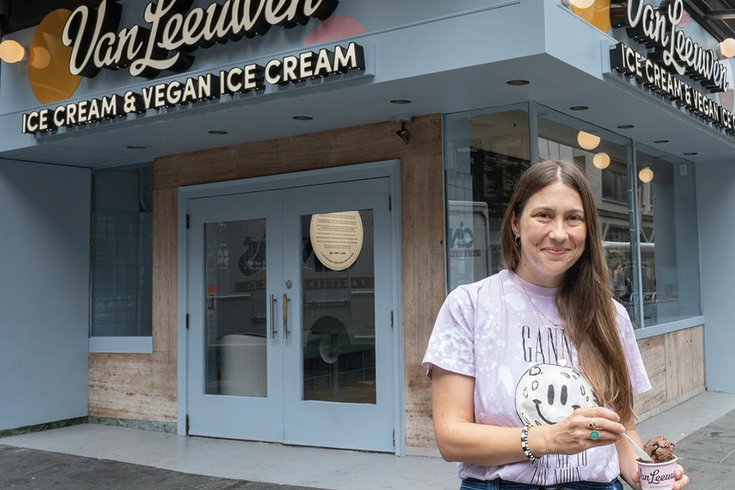 The latest arrival to Philadelphia's ice cream scene has plans to lay down more roots in the city.

Specific details about the two locations have not yet been revealed, but the Fishtown spot is expected to be on Frankford Avenue when it opens

In advance of the grand opening, Van Leeuwen made several ice cream truck stops at locations around Philadelphia.

Founded in 2008 by Ben and Peter Van Leeuwen and Lauren O'Neill, Van Leeuwen Ice Cream specializes in both dairy and vegan treats. The business expanded to multiple locations in New York and has locations in California, New Jersey and Texas.

Van Leeuwen Ice Cream offers a selection of more than 30 flavors and treats including ice cream bars, which are also made in vegan cashew milk and oat milk varieties.

The company also created waves recently with the creation of a Kraft Macaroni & Cheese flavored ice cream, which became an instant hit this summer and sold out. Van Leeuwen has since brought it back and sells the ice cream in pints on its website and at scoop shops.

The two new ice cream shops in Philly are expected to open during the first half of 2022.