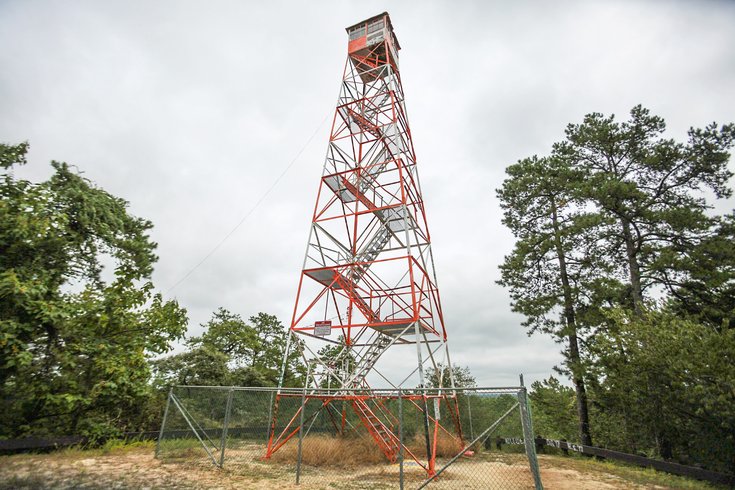 Vandalism had become such an issue at the Tabernacle Township fire tower, the highest place in the Pine Barrens, that officials had fenced it in to cut off access.

Now Robert L. Lloyd, 49, and Donna Campanella, 46, both of Atlantic County, are charged with taking apart the security fence and causing $1,000 in damage.

State officials say the pair’s images were caught on video.

The incident happened Oct. 5, and the pair were arrested 16 days later.

The two were sent to jail in Burlington County on $1,500 bail each. A hearing is set for November.

New Jersey author John McPhee used the tower in his book “The Pine Barrens” when he described the million-acre wilderness that surrounds the tower.