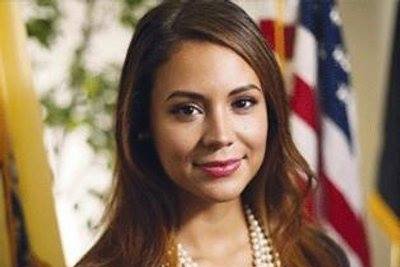 A video has surfaced showing a New Jersey lawmaker's profanity-ridden rant during her DWI arrest earlier this year.

Rodriguez-Gregg was arrested after she was rear-ended at a traffic light in Mount Laurel. Although she was determined to not be at fault for the accident, she was charged with driving while intoxicated after police say they smelled marijuana coming from her car.

In video of the arrest, Rodriguez-Gregg complains about "a**holes" who can't drive, accuses the person who hit her of drinking and talks up her support of law enforcement. Per The Trentonian:

“I have done nothing but support the police,” the assemblywoman tells the officers. “I am even one of your No. 1 supporters politically. F**king a**holes.”

She also angrily denies smoking marijuana or having it in her car when questioned by officers, saying she had been smoking cigars instead.

You can view the video from the newspaper below. Disclaimer: It contains explicit language.

Rodriguez-Gregg was elected in 2013, and is the only Hispanic Republican woman to ever be elected to the New Jersey Legislature. In August, she announced she would not seek re-election.

“I’ve had a lot of traumatic events happen over the past year and a half," she told Politico. "I don’t want to get into all the personal details of it, but I just wanted to take some time to be with my family and I really couldn’t fully make a commitment to running for office right now."