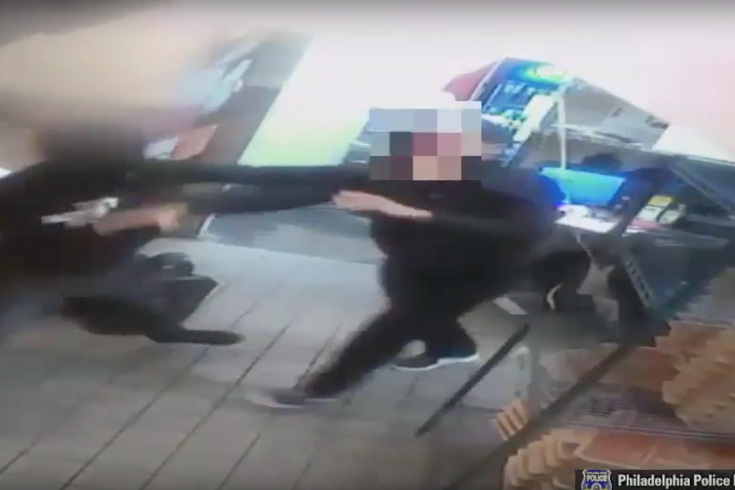 No one out pizzas the hut. No one robs it, either, at least not without facing a fight.

Three males, all armed with handguns, entered the Pizza Hut at 301 W. Chelten Ave. at 9:21 p.m., Feb. 19, Philadelphia police said. The suspects demanded money, jumped over the counter and pointed weapons at the employees.

Had the robbers checked the reviews for the Germantown location before their attempted crime, they would have read a mixed range of complaints and praise about the restaurant and its workers. What they would not have learned was that when they tried and stick up the joint, one of the employees would come out swinging.

Surveillance video released by police shows one worker pushing the robbers back toward the counter and, with a gun pointed in his face, toppling over a shelves of pizza boxes to deter the suspects.

The suspects were last seen fleeing north on Pulski Avenue. Nothing was taken, no shots were fired and no one was injured, according to police. You can watch video of the incident below.

Here's how police describe the suspects: