Iyanu Elijah Solomon, 19, a member of the college's football team, was arrested Tuesday 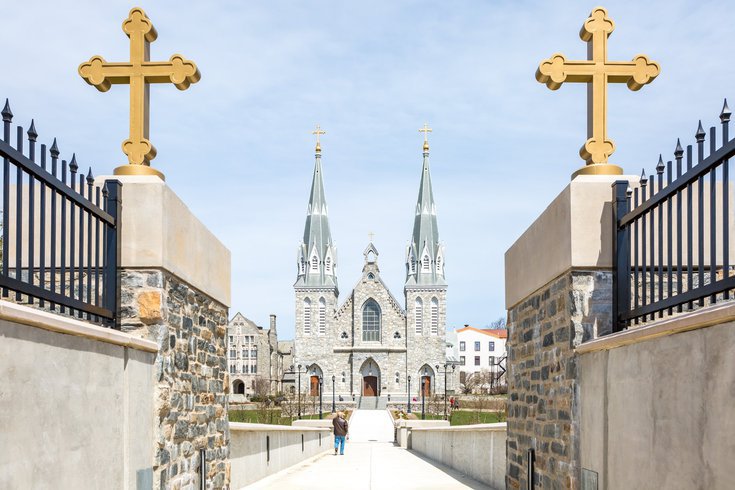 Villanova University student Iyanu Elijah Solomon, 19, is charged with attempted sexual assault for a September 2019 incident involving a female student. The image above is a file photo of Villanova's campus.

A Villanova University student is charged with attempted sexual assault for an alleged incident with another student in a dorm room on the school's suburban Philadelphia campus in September 2019, Delaware County prosecutors said Tuesday.

Iyanu Elijah Solomon, a 19-year-old sophomore from Reisterstown, Maryland, and a linebacker on Villanova's football team, has been removed from the campus as a result of the charges.

Investigators said the allegations stem from an encounter on Sept. 2, 2019, which began with Solomon texting the woman that, "We need to talk," and the woman arriving at Solomon's room. Solomon immediately began making sexual advances towards the woman and called her a "tease" when she repeatedly turned him down.

Eventually, Solomon pinned her to the bed and allegedly tried to force her to engage in sex acts, police said. The woman momentarily freed herself, and as she tried to flee the room, Solomon allegedly grabbed her and threw her to the floor, authorities said.

Though she suffered injuries in the incident, the woman managed to crawl away, police said.

Both students were freshmen at Villanova at the time. They had met when on campus months earlier, prior to the start of the school year, and that's when Solomon's unwanted sexual advances began.

Solomon had been on campus at the time to participate in practice with the football team.The two were never romantically or intimately involved, but according to police, Solomon had asked her to send him nude photos of herself, which she refused to do.

About two weeks after the alleged attempted sexual assault in September 2019, the victim reported the details of the incident to a resident advisor. She opted not to file a police report against Solomon at the time, prosecutors said.

In August 2020, university staff notified campus police about the alleged assault, and the woman met with Villanova police and provided a written statement about the incident with Solomon. But she again opted not to pursue criminal charges.

She decided to move forward with charges in February 2021 after reporting ongoing harassment by Solomon, prosecutors said. The woman met with the Delaware County District Attorney's Office earlier this month.

"We recognize that pressing criminal charges is an agonizing decision for victims. My office works very hard every day to avoid re-traumatizing victims as their cases work their way through our justice system," Delaware County District Attorney Jack Stollsteimer said Tuesday. "But there is no escaping the fact that the process can be long and hard. I want to commend the victim in this case for having the courage to come forward in order to protect their campus community from further harm."

Solomon is charged with attempted sexual assault, indecent assault, simple assault and unlawful restraint. His bail has been set at 10% of $250,000, and as of Tuesday he had not posted and remained in custody.

Four of these incidents occurred on March 1, and and four female students reported they had been sexually assaulted by the same male student inside a university residence hall. The other occurred between Feb. 26 and Feb. 28, university officials said, and it involved a female student and an unknown male.

The Delaware County District Attorney's Office continues to investigate those incidents, and at this point no charges have be filed.