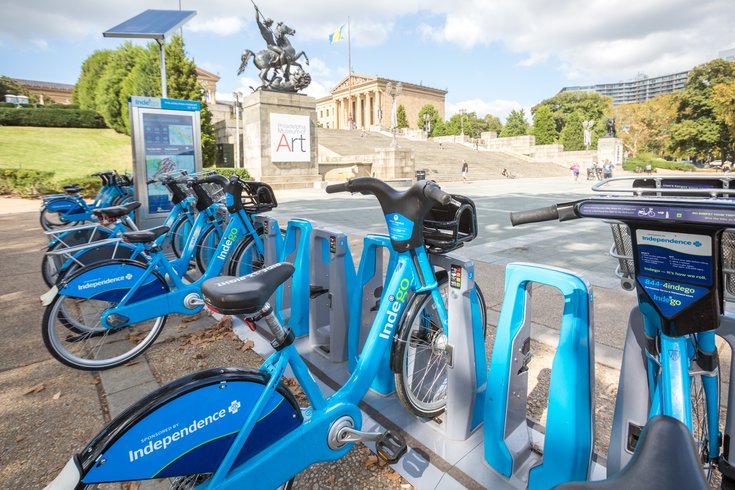 Indego bikeshare bikes at the Philadelphia Museum of Art.

The most notable Philadelphia project to receive funding is the Logan Pointe Streetscape, with $1.2 million awarded to redevelop land in the Logan Triangle and make the roadways more accessible near Ninth Street and Wyoming Avenue.

Also receiving sizable funds is Century Park at Park Towne Place, granted $848,485 for the project spearheaded by the Philadelphia Parks and Recreation Department.

Three other projects each received a half million dollars, including $500,000 allocated to help Vision Zero get closer to a reality by 2030. Also awarded $500,000 was the Philadelphia City Treasurer Streets Department for improvements to the Roosevelt Boulevard and St. Joseph’s University for a community access project. Another $436,340 in state money will be directed to pedestrian safety improvements on Pennsylvania Avenue.

Finally, Philly’s bike-share system will expand thanks to $138,439 in funding from the Commonwealth Financing Authority. The award will implement four new Indego bike-share stations, as previously announced by Sen. Larry Farnese.

Look through the full list of the Commonwealth Finance Authority’s approved transportation projects, with new awards highlighted in yellow, here.