Stay or Go: Which Flyers do you want to see back next season? 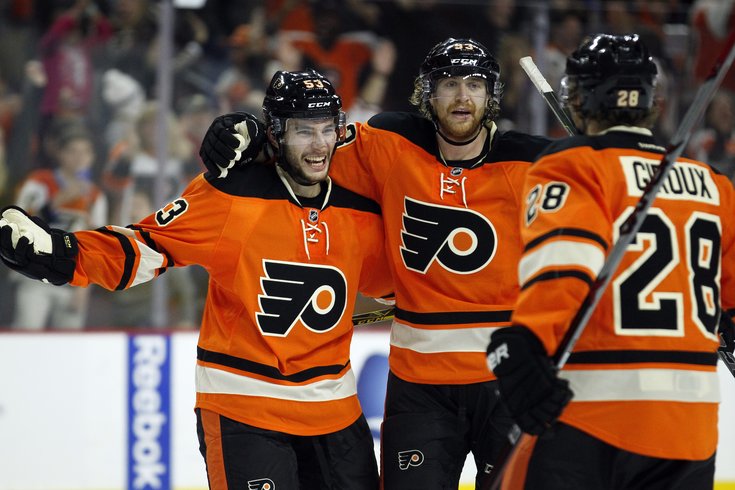 On Sunday, the Philadelphia Flyers' 2015-16 season came to an end after a 1-0 loss to the Washington Capitals knocked them out of the Stanley Cup Playoffs.

As Rich Hofmann wrote -- and Washington coach Barry Trotz admitted -- after the game, the future is bright for the Dave Hakstol and the Flyers, who somewhat overachieved in what many dubbed as a "rebuilding year." Falling to the top-seeded Caps is nothing to hang your head about as a Flyers fan, especially after the way this team bounced back after an embarrassing showing in Game 3, when they were run out of their own building after a moving pre-game tribute to late owner Ed Snider.

Still, there will be changes made this offseason -- as there are every offseason. Players will be sent packing in order to make room for prospects who get called up to the big club. Others will leave -- or arrive -- via free agency and trades. The only thing you can be certain of is that the players and lines you saw on the ice this season will look different when the Flyers play their first preseason game in the fall.

In the meantime, we want to hear your opinion on which players should remain in the Orange and Black, and which players you'd be fine seeing much less of next season.

But first, let's take a look at the most obvious decisions GM Ron Hextall and Co. will have to make this summer: pending free agents. The Flyers have nine of them (5 restricted, 4 unrestricted), including 24-year-old Brayden Schenn.

And before you vote, here's a look at all the team stats for the 2015-16 season. Sure, they're hardly the only thing that matters when considering which players you want back next season, but it's certainly a good starting point.

Because I don't want to contaminate the jury pool by offering my own analysis, that will have to wait until later. Once you've all had time to vote, we'll publish our own thoughts on who should stay or go -- as well as final totals based on what you, the fans, had to say.