Portions of the 2.1-mile corridor will be reduced from five lanes to three or four, with added pedestrian safety elements 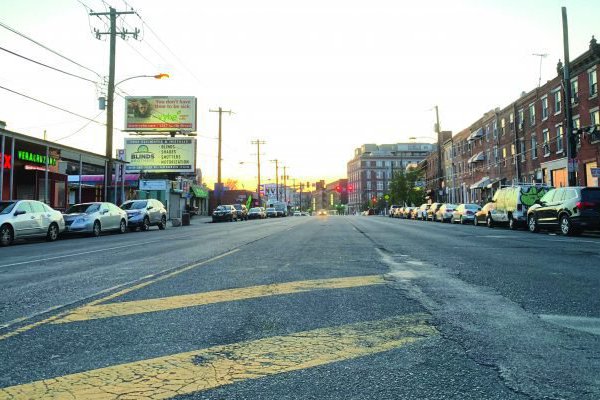 The long-awaited Washington Avenue repaving project is set to get underway beginning Monday, Aug. 29. The polarizing project, which will include lane reductions in various segments, is slated for completion by the end of the year.

Construction is set to begin Monday along Washington Avenue as part of a long-awaited repaving project aimed at improving pedestrian safety along the 2.1-mile corridor in South Philadelphia.

The work will be completed in four phases along a stretch of the road running from Fourth Street to Grays Ferry Avenue. The full project is slated for completion by the end of the year.

Mike Carroll, the city's deputy managing director for transportation, has led community discussions about the project amid public outrage, particularly over a road diet aimed at making Washington Avenue more friendly to pedestrians and bicyclists.

The issue has been polarizing for residents who live near Washington Avenue since the city first began holding community meetings on the subject in 2013. Some residents, particularly long-term residents of color in Grays Ferry and Point Breeze opposed narrowing the five-lane road, believing the initial plan to reduce Washington Avenue to three lanes would lead to further displacement in the historically Black neighborhoods.

Some business owners in the Italian Market said the construction and narrowing of roadways could make deliveries more difficult and make the neighborhood's restaurants and small grocers less accessible to the public.

Newer residents have argued that the city's initial, three-lane plan would have made the area more walkable and safer for pedestrians. Other business owners heeded that message, noting the importance of safety for those walking and biking along the busy street.

After several meetings with residents and stakeholders, the city decided earlier this year to implement a mixed-lane compromise, leaving half of the 2.1-mile roadway as is, while narrowing other sections to three or four lanes, with additional plans for bike lanes and pedestrian safety improvements.

"After hearing for many years from residents and businesses about issues on Washington Avenue, in particular about the issues with paving, traffic safety, parking, crossing the street and riding a bike — we are thrilled that repaving is starting next week," Carroll said. "By the end of this year, Washington Avenue will be a much smoother street for all road users with many additional traffic safety improvements within the Second District."

The first phase of the project, which involves street milling and the removal of the old asphalt, will take place between 7 p.m. and 5 a.m. beginning Monday. Milling will begin at Fourth Street and continue west toward Grays Ferry Avenue. The second phase — utility box and manhole cover replacement — will occur between 7 a.m. and 3 p.m.

The third phase, which involves final paving operations along the corridor, will occur overnight. Temporary paint will be used to mark the line striping during the day to avoid confusion to drivers and pedestrians.

Temporary road closures are expected overnight when milling and paving operations are underway, but traffic will resume during daytime hours. Temporary flagging will be used to keep the road open while utility boxes and manhole covers are being replaced.

Though efforts are being made to minimize traffic disruptions, commuters are advised to plan ahead and find alternative routes for the duration of the project. The first three phases of the project are expected to last approximately two months, completed at the latter end of October.

In addition to roadway closures, nearby residents should anticipate parking restrictions. Temporary "no parking" signs will be posted ahead of any scheduled activity, and residents are urged to move their cars once the temporary signs are posted to ensure that their vehicles are not towed during construction.

Residents can keep up with the status of the Washington Avenue project by using PavePHL, the city's online map tracker.