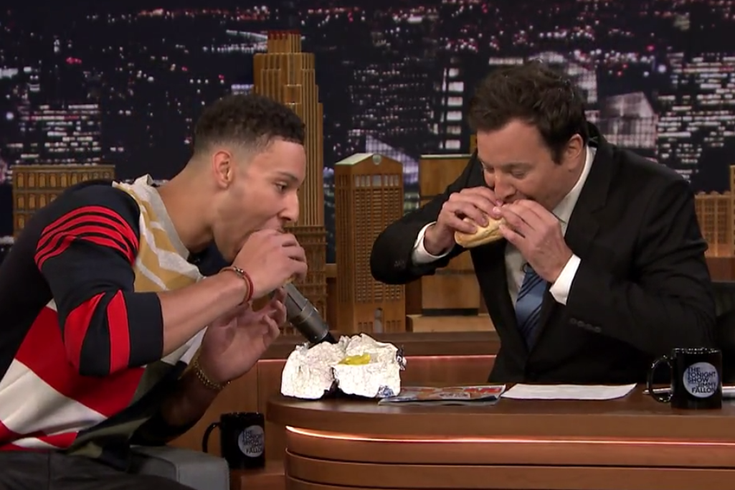 It's highly doubtful that Jimmy Fallon reads a whole lot of NBA news, but chances are someone on his staff saw the report Tuesday that the Sixers will take LSU freshman Ben Simmons with the first overall pick in Thursday's NBA draft.

Fallon, thanks to his house band being from Philly, decided to informally introduce Simmons to a local delicacy on Tuesday by pulling out a cheesesteak from Dalessandro's (the joint cheated out of the title of best steak by Pittsburgh) for the 19-year-old to sample. While the steak probably wasn't fresh after travelling all the way from Roxborough to New York City, it had to be better than whatever terrible, imposter sandwich Simmons had down in Louisiana (he said in the interview he's had a Philly cheesesteak, but not in Philly).

Just how good is a Dalessandro's steak? "I can live in Philly," Simmons said after taking a bite.

Dude's got good taste. You can watch Simmons' whole interview on "The Tonight Show" below (cheesesteak bit starts at about 1:25):