WATCH: Bicyclist rides up to garage in Olney, allegedly sets it on fire 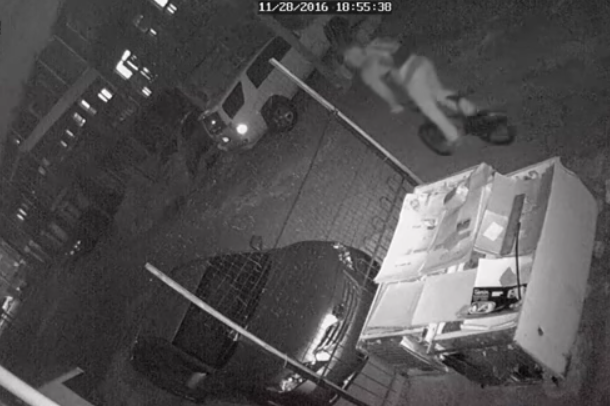 A bicyclist is sought in connection with a garage fire in North Philadelphia.

Philadelphia police are investigating after surveillance footage allegedly shows a bicyclist riding up to a garage in Olney and setting it on fire.

The incident happened Monday on the 6100 block of North Fourth Street around 7:30 p.m., at which time police responded to a victim who said his residence was in flames. A video shows a man, between 15 and 20 years old, riding a BMX-style bike, then stopping by the garage, removing his backpack and approaching the home.

The man then allegedly strikes a flame that engulfs the garage door. The suspect then fled southbound on the bike.

No injuries have been reported, and police say the suspect may have sustained burns.