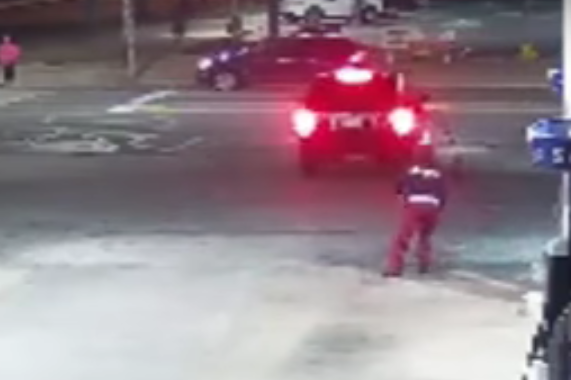 Police are asking the public for help Wednesday tracking down two thieves who stole a vehicle from a Northeast Philadelphia gas station.

The incident, which was captured on surveillance video, occurred Sunday, March 5 around 10:25 p.m. at a Sunoco located on the 7300 block of Roosevelt Boulevard in the city's Mayfair section.

Authorities said a 35-year-old man was pumping gas into his SUV when a white car parked alongside. A male passenger jumped out, entered the victim's car and drove away. The gas hose, which was still engaged with the car, was ripped from the pump.

The victim told police that he left the vehicle running as he pumped gas.