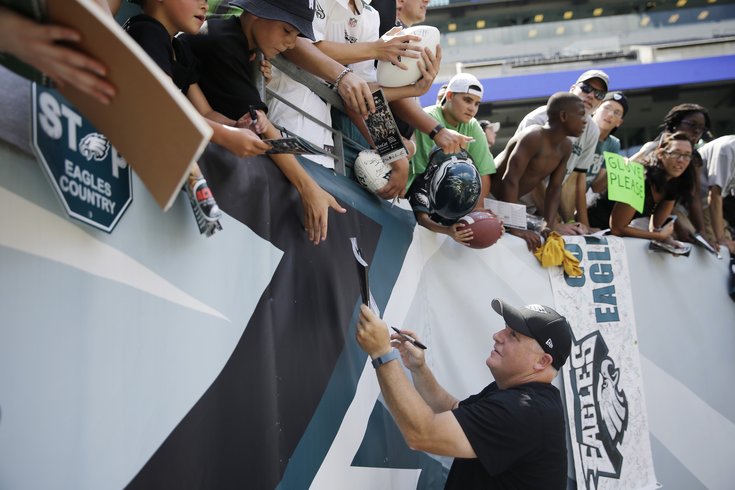 This may be the most we've heard Eagles coach Chip Kelly speak, aside from press conferences, since his arrival here in January of 2013.

During the Eagles open practice at the Linc earlier this month, Kelly wore a microphone throughout and the result is the approximately seven glorious minutes below. At least part of the video aired during halftime of the Eagles-Packers game on Saturday night.

The first thing that jumps out? It's amazing how human he appears when talking to people who aren't in the media.

One of my favorite parts is when Chip points out that Malcolm Jenkins' elbow sleeve matches the camouflage numbers on the Eagles' Military Appreciation Day uniforms. He liked it so much that he couldn't wait until Byron Maxwell finished with his drill before telling him.