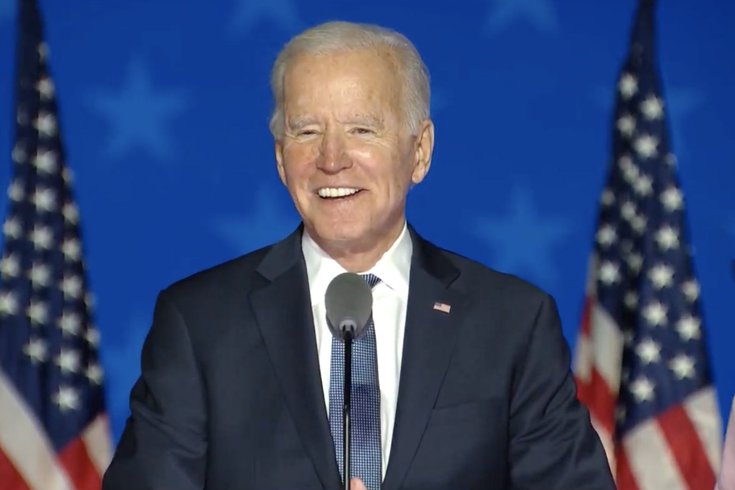 President-elect Joe Biden and Vice President-elect Kamala Harris will be taking the oath of office on the U.S. Capitol's West Front at noon Wednesday in a scaled-down inauguration ceremony.

The typical crowds won't be gathering on the National Mall, a result of the coronavirus pandemic and security concerns following the Capitol riot earlier this month. But Biden will still deliver his inaugural address from the Capitol building before participating in a pass in review with U.S. military members.

The ceremony can be watched on any major cable network or social media platform.

The road to inauguration has been a turbulent one. President Donald Trump faces an impeachment trial after an emboldened crowd of supporters raided the Capitol in a failed effort to stop the certification of Biden's victory. Trump will become the first outgoing president to skip an inauguration since Andrew Johnson.

Officials planning the inauguration festivities said the ceremony will highlight the American people's "resilience, heroism and unified commitment to coming together as a nation to heal."

Lady Gaga will perform the National Anthem and Jennifer Lopez will give a musical performance. After the inauguration, former Presidents Bill Clinton, George W. Bush and Barack Obama will accompany Biden and Harris to Arlington National Cemetery, where they will lay a wreath on the Tomb of the Unknown Soldier.