Here's how to watch Joe Biden's Presidential Inauguration next week

Joe Biden will be sworn in as the 46th President of the United States on Jan. 20 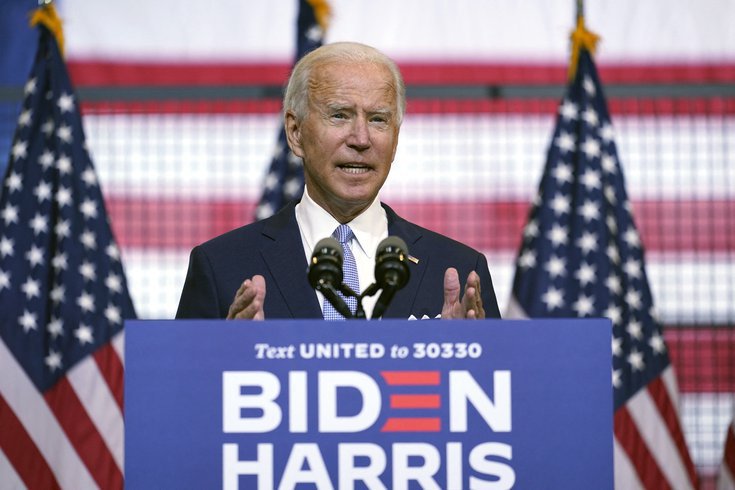 Joe Biden and Kamala Harris will be sworn in as President and Vice President of the United States on Jan. 20.

Joe Biden and Kamala Harris will be sworn in as President and Vice President of the United States next week in a "reimagined" ceremony that viewers can live stream.

The inauguration festivities were planned to be virtual in order to prevent spreading COVID-19.

This comes nearly one week after President Donald Trump was impeached by the House, and two weeks after a violent mob stormed the U.S. Capitol building in an effort to stop Congress from certifying Biden's victory.

While officials say that the event will follow traditions, a few key elements are going to look different this year.

What is it going to be like this year?

The presidential inauguration will not have a live audience for the first time in United States history. Many of the events, including the inauguration parade and celebration party, will be virtual events.

Biden will still be sworn in on the Capitol's West Front Wednesday sometime before noon, before giving his inaugural address and reviewing the military troops, a long-standing tradition.

Lady Gaga will sing the national anthem and Jennifer Lopez will give a musical performance at the ceremony.

Officials planning the event said they worked to make the inauguration as inclusive and accessible as possible, according to the New York Times.

The inauguration will showcase the American people's resilience, heroism and unified commitment to coming together as a nation to heal.

"The inauguration of Joseph R. Biden, Jr. and Kamala D. Harris will showcase the American people’s resilience, heroism, and unified commitment to coming together as a nation to heal and rebuild so that we emerge as the indomitable force that a united America represents," according to the inauguration website.

The traditional parade along Pennsylvania Avenue was swapped for a one-block march from the Capitol building, where Biden and Harris will walk with representatives from each branch of the military.

However, viewers can tune into a virtual parade across the country, which will feature dancers, poets and artists "paying homage to America's heroes on the front lines of the pandemic."

The Joint Congressional Committee on Inaugural Ceremonies will hold a lighting ceremony the night before the inauguration at 5:30 p.m. at the Lincoln Memorial Reflecting Pool to honor and remember the lives lost during the pandemic.

Where can I watch the ceremony?

What is the inauguration celebration?

A live, prime-time special will air Wednesday night following the inauguration to celebrate the swearing in of Joe Biden.

The 90-minute show is stacked with musical performances, speakers, and will be hosted by Tom Hanks.

According to the Biden Inaugural Committee, "Celebrating America" will highlight the strength of U.S. democracy, the perseverance of the American people and the ability to come together during tough times. Frontline workers, health care workers, teachers, citizens giving back and those breaking barriers will be celebrated throughout the night.

It kicks off at 8:30 p.m. on Jan. 20 and will be streamed on all major cable channels, as well as YouTube, Facebook, Twitter, Twitch, Amazon Prime and others.

What time does the inauguration start?

Biden will be sworn in sometime before noon — per the 20th Amendment to the Constitution — on the Capitol's West Front steps by Chief Justice John G. Roberts Jr..

The President-elect must take the oath of office before officially assuming duties. Once Biden is sworn in, he will deliver his inaugural address, CNET reported.

Safety concerns due to the riot at the U.S. Capitol on Jan. 6 have resulted in tight security in Washington, D.C., ahead of the inauguration.

Washington D.C. Mayor Muriel E. Bowser extended the city's public emergency to last through the day after inauguration, in the event of further violence from extremists.

Airbnb cancelled all of its reservations in D.C. during the inauguration as well, CNET reported.

The F.B.I. and Secret Service have warned about the possibility of violence in the coming days, and theNational Guard was deployed to the Capitol this week.

Turbulence on Inauguration Day has happened before. Crowds destroyed storefronts, threw rocks and bricks at police officers and set a limousine on fire during President Donald Trump's inauguration in 2017.

Who will be there?

Former president George W. Bush and former first lady Laura Bush said they will travel to the Capitol for the ceremony. Barack Obama and Bill Clinton will also attend, alongside their wives Michelle Obama and Hillary Clinton.

Jimmy Carter, who is 96 and the oldest living former president, said he and his wife will not attend the inauguration.

President Trump said he will not attend Biden's inauguration — a huge break from the tradition of a peaceful transfer of power. Just three other presidents did not attend the inauguration of their successors.

Vice President Mike Pence said he will attend the ceremony.

No one else can attend the ceremony in person. The event's planners are urging people to stay home to prevent large crowds that could easily cause a spread in COVID-19.

Viewers can live stream all of the inauguration events on the Presidential Inaugural Committee website.