Democratic Rep. Madeleine Dean will help prosecute the impeachment case against the sitting president in the U.S. Senate 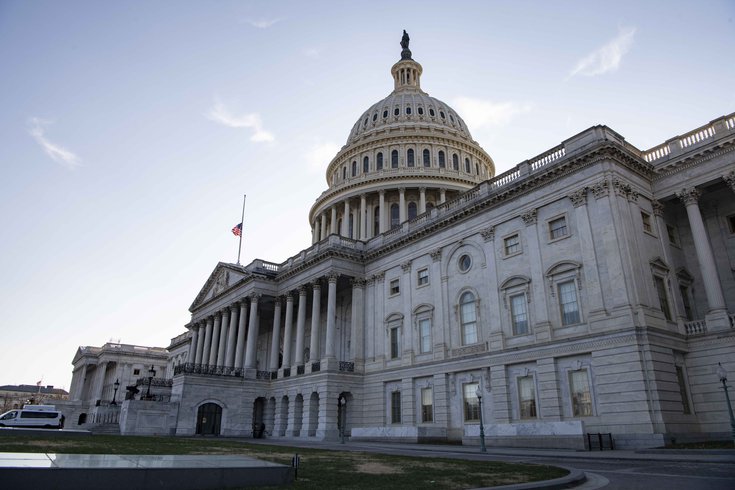 President Donald Trump's impeachment will now head to the U.S. Senate, where a two-thirds majority of senators then must vote in favor of impeachment to convict him.

President Donald Trump made history on Wednesday when he became the first sitting U.S. president to be impeached twice.

The House of Representatives voted largely along party lines 232-197 to impeach Trump for inciting the violent insurrection that overtook the U.S. Capitol in Washington, D.C. last week.

However, 10 House GOP lawmakers joined their Democratic colleagues in voting to impeach Trump. Among those who crossed party lines included Wyoming Rep. Liz Cheney, the No. 3 House Republican.

But all nine lawmakers who represent the Philly region in the House voted along party lines as well to impeach Trump and send the article of impeachment to the floor of the U.S. Senate.

All seven House Democratic lawmakers from the region voted in favor of impeaching Trump.

We voted to hold the President accountable, but the work isn’t done. We’ve got to pick up the pieces and rebuild.


Today, I signed on as cosponsor of these Articles of Impeachment against President Trump.

He must be held accountable. No one is above the law. https://t.co/3fXx5Bkp7U


“Today, I voted to impeach the President for inciting a violent and deadly insurrection against our democracy. President Trump gravely endangered the security of the United States, threatened the integrity of the democratic system, (THREAD) https://t.co/KZcThCPaj2


Today I voted to impeach President Trump in connection with Trump’s incitement of a violent attack on our nation that led to the deaths of six people, including two Capitol police officers. Here's my full statement: pic.twitter.com/tHI9eFvA3A


It does not matter if a president incites a riot against Congress on their first day or their last.

These calls for unity mean nothing without accountability.

This president is a clear and present danger to our country. He must be impeached and removed from office. pic.twitter.com/eEETfasw5D


Last evening an 11-year-old girl joined our telephone town hall. Her question shook me to my core. She was worried about the future of this great nation, and I am too.

The President has endangered this nation & betrayed his oath.

He must be impeached. Our Republic must endure. pic.twitter.com/ENjiDrUV5Z


This hateful rhetoric is a virus — it is time to remove the host our democracy is plagued with.

I urge all to support this article of impeachment. pic.twitter.com/OieB2GiJzC


Congresswoman Madeleine Dean, who represents most of Montgomery County and a small part of Berks County in Washington, D.C., is one of nine Democratic lawmakers who has been named an impeachment manager. Impeachment managers are responsible for making the case to the U.S. Senate for a president's removal from office.

"Any impeachment proceedings occurring while our country’s priority should be coming together would cause considerable harm towards achieving civility and unifying our country for the betterment of our future," said Fitzpatrick, who represents all of Bucks County and a sliver of Montgomery County in Congress.

Trump's impeachment will now head to the Senate, where a two-thirds majority of senators must vote in favor of impeachment to convict the sitting president.

A vote to convict the president would remove Trump from power and prevent him from running for office again.

President Trump should be impeached and removed from office because he betrayed his oath to the Constitution and incited a mob to violence.


Donald Trump is a threat to our national security and betrayed his oath of office.

The Vice President has failed to take action and invoke the 25th Amendment.

Now we must move forward in Congress with impeachment and remove the threat posed by this president.


For the good of the country, President Trump should step aside, but if he does not and if the House chooses to move forward with impeachment, I am prepared to sit in judgement as a member of the Senate.

However, it is unclear yet how Pennsylvania Sen. Pat Toomey will vote. The two-term Republican senator has called on Trump to resign and has accused the president of having "committed impeachable offenses," but he has openly questioned whether impeachment was the best course of action in the presidency's final days.

"I don't know whether logistically it's actually really even possible or practical, and I'm not sure it's desirable to attempt to force him out, what a day or two or three prior to the day on which he's going to be finished anyway," Toomey said last Saturday. "So I'm not clear if that's the best path forward."

Trump leaves office next Wednesday, when President-elect Joe Biden will be inaugurated and sworn in.