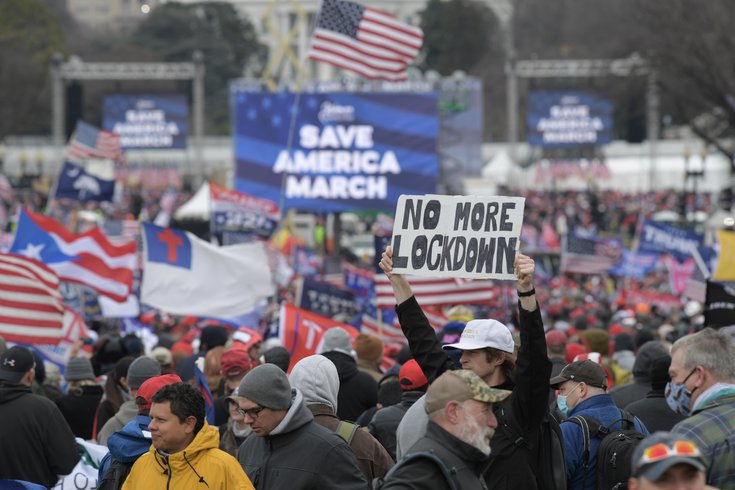 SEPTA is investigating the activity of seven transit police officers who attended a rally for President Donald Trump in Washington, D.C., last Wednesday that preceded the Capitol riot.

Seven SEPTA transit police officers are being investigated after they attended the rally for President Donald Trump in Washington, D.C., that preceded the events of last Wednesday's Capitol riot, officials said Tuesday.

The issue isn't that the officers attended Trump's rally, but the investigation is to determine if officers participated in illegal behavior at the U.S. Capitol building, according to SEPTA Police Chief Thomas Nestel.

"We’re very concerned. It’s pretty clear that a riot occurred and that there was an attempt to overthrow our government and we want to make sure our members weren’t a part of that," Nestel told WHYY.

SEPTA spokesperson Andrew Busch also confirmed the investigation to the Inquirer on Tuesday.

SEPTA is also looking into whether the seven transit officers violated the agency's social media policy. The names and ranks of the officers have not been revealed.

Troy Parham, vice president of SEPTA's police union, told 6ABC he is "confident my officers weren't involved in anything illegal."

SEPTA police force has about 260 officers.

The investigation began after SEPTA police received a tip on Thursday that one of their officers attended Trump's rally, the violent conclusion of which has resulted articles of impeachment against the president for "incitement of insurrection." The tip prompted a probe which revealed that six more police had traveled to Washington, D.C.

SEPTA's investigation follows the news that one Philadelphia police detective also was in Washington, D.C., last Wednesday, when Congress had assembled to certify the Electoral College results and Joe Biden's victory in the 2020 presidential election.

Detective Jennifer Gugger works in a recruitment position investigating the backgrounds of potential employees for the Philadelphia Police Department. She has been reassigned pending the outcome of the investigation.

Results of SEPTA's investigation will be shared with the FBI, a spokesperson told PhillyVoice. The federal agency continues to make arrests of those involved in the riot. Earlier Tuesday, federal officials said they had started 170 cases against participants of the Capitol riot, who could face charges of conspiracy and sedition, CBS New reported.