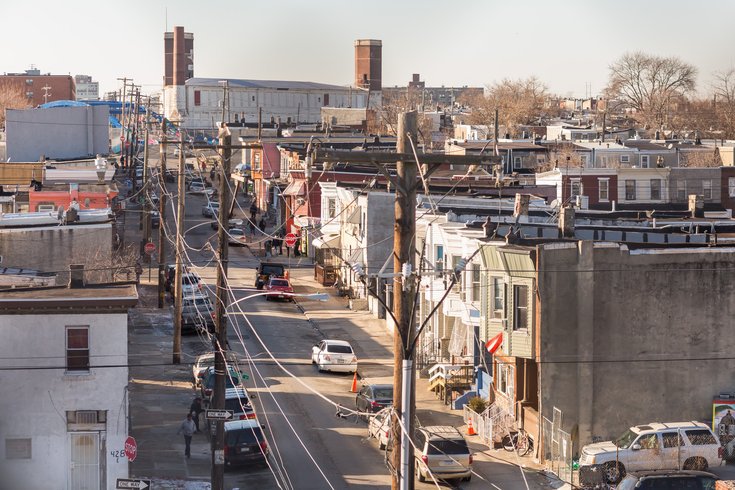 Safehouse, a nonprofit organization, wants to open America's first opioid overdose prevention site in Philadelphia. Those plans appear to have been halted Tuesday with a federal appellate court ruling reversing a previous decision that approved the controversial supervised injection site. Kensington, pictured above, had been one of the city neighborhoods considered for the facility.

The effort to open an overdose prevention site in Philadelphia suffered a defeat on Tuesday with a federal appellate court's decision that blocks plans for what supporters called a first-of-its-kind drug-treatment facility.

The Third Circuit Court of Appeals handed down the ruling in the lawsuit filed by the U.S. Attorney for the Eastern District of Pennsylvania. The Philly federal prosecutor's office had challenged the decision of a federal district court judge who ruled in favor of Safehouse, the nonprofit organization that intended to open the overdose prevention site – also know as a supervised injection site – as a public health initiative addressing the deadly impact of the opioid epidemic.

The OPS concept, which has taken root in Canada and Europe, invites those struggling with addiction to legally inject drugs under medical supervision. Ancillary support services also are made available to those seeking addiction treatment and other medical care.

In Tuesday's ruling, Circuit Judge Stephanos Bibas opined that the OPS would violate federal law that makes it a crime to open a property to others to use drugs:

Safehouse’s benevolent motive makes no difference. And even though this drug use will happen locally and Safehouse will welcome visitors for free, its safe-injection site falls within Congress’s power to ban interstate commerce in drugs.

Safehouse admirably seeks to save lives. And many Americans think that federal drug laws should move away from law enforcement toward harm reduction. But courts are not arbiters of policy. We must apply the laws as written. If the laws are unwise, Safehouse and its supporters can lobby Congress to carve out an exception. Because we cannot do that, we will reverse and remand.

"We are disappointed by the ruling and are reviewing the decision. We remain convinced that overdose prevention sites do save lives," the statement said. "They have saved lives in more than 100 cities around the world, and they can save the lives of, and provide valuable services to, fellow Philadelphians who are struggling with addiction. We will continue to support community engagement and education around Overdose Prevention Sites."

After last year's ruling supporting a supervised injection site in Philadelphia, Safehouse faced staunch community resistance when it considered locating the facility at the Constitution Health Plaza in South Philly, near Broad and McKean streets. The building owner, under pressure from neighbors, pulled out of the agreement.

Members of Philadelphia City Council, though supportive of the OPS concept, pledged to require more community input prior to any future opening.

Opponents of the OPS worried that it would introduce crime, litter and increased police activity to the area, both during and outside its hours of operation. The city, hoping to anticipate these concerns, had outlined a public safety plan to address potential issues in the vicinity of hypothetical facility.

"I'm pleased to report that the rule of law is still alive and well in Philadelphia – having been re-affirmed by the U.S. Court of Appeals for the Third Circuit, which held that it is a federal crime to open a heroin injection site or 'consumption room' for illegal drug use," McSwain said. "The Third Circuit’s opinion is a faithful reading of the statute's plain language and is consistent with Congress’s intent to protect American neighborhoods from the scourge of concentrated drug use."

"I want to remind my fellow government officials of the actual stakes at hand: Thousands of our neighbors and loved ones – children, parents, siblings, childhood friends – who needlessly lost their lives to tainted drugs or substance use disorder," Krasner said. "Most, if not all of us, know and have cared for someone who has struggled with safe substance use and feel that pain. We also know that the War on Drugs has completely failed us as a nation."

Krasner added that evidence-based harm reduction is a necessary step to save lives and protect communities.

"Whether it takes new policies, new statutes, or a reconsideration of today’s decision on appeal, we as a nation will get there," Krasner said. We get to choose the future."

Though Tuesday's ruling is a blow to supervised injection site advocates, a piece of the recently passed federal stimulus legislation directs the CDC and the National Institute on Drug Abuse to examine and release a report on the potential impact of safe consumption sites.

President-elect Joe Biden has not yet taken a public position on the opening of an OPS in the United States, but would have the power to direct the Department of Justice to drop litigation in the event of another appeal.

Philadelphia officials last year projected that an OPS in Kensington, for example, would save between 24 and 76 lives each year. The city cited a third-party report whose findings were based on outcomes at approximately 120 sites in 10 countries around the world.

Philadelphia has reported at least 1,000 opioid overdose deaths in each of the last several years, even as public and behavioral health officials partner with police to develop better outreach services.

The full opinion from Judge Stephanos Bibas can be read in the document below.

US v. Safehouse; Third Circuit Court of Appeals by PhillyVoice.com on Scribd