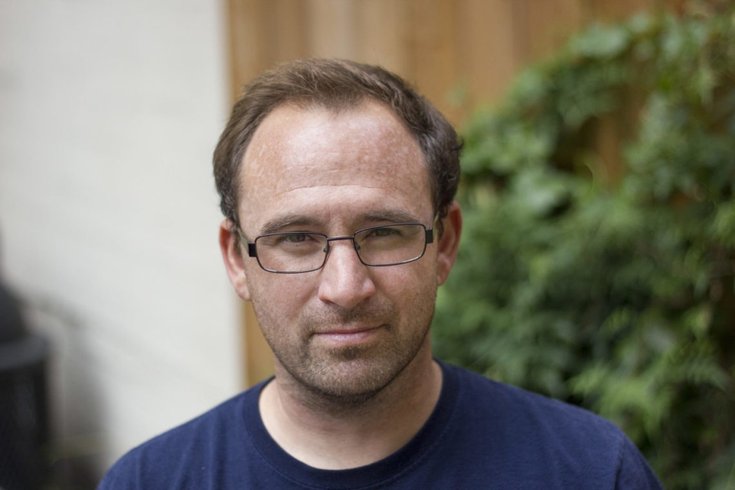 Brian Rinker is a contributing reporter for California Healthline/Kaiser Health News. He kicked a nine-year heroin habit in 2008.

Detoxing off heroin or opioids without medication is sheer hell. I should know.

For many users, full-blown withdrawal is often foreshadowed by a yawn, or perhaps a runny nose, a sore back, sensitive skin or a restless leg. For me, the telltale sign that the heroin was wearing off was a slight tingling sensation when I urinated.

These telltale signals — minor annoyances in and of themselves — set off a desperate panic: I’d better get heroin or some sort of opioid into my body as soon as possible, or else I would experience a sickness so terrible I would do almost anything to prevent it: cold sweats, nausea, diarrhea and body aches, all mixed with depression and anxiety that make it impossible to do anything except dwell on how sick you are.

MORE HEALTH: Here's what doctors want you to know about vaping

You crave opioids, not because you necessarily want the high, but because they’d bring instant relief.

Quitting heroin was my plan every night when I went to sleep. But when morning came, I’d rarely last an hour, let alone the day, before finding a way to get heroin. My first time in a detox facility, I made it an hour, if that. As I walked out, a staff member said something to the effect of “I didn’t think you’d last long.”

After my parents moved out of town, in part to get away from me, I would show up at their new home five hours away with big hopes of kicking the habit and starting a new life. But after a night of no sleep, rolling on the floor convulsing while vomiting into a steel mixing bowl, I’d beg them for gas money to drive the 300 miles back to where I lived and a little extra cash for heroin. I did this so often my mother once told me in frustration, “You show up, throw up and then leave.”

Going through “cold turkey” withdrawal is, not surprisingly, impossible for many. That’s why the medical community has largely embraced the use of methadone and buprenorphine — known medically as medication-assisted treatment, or MAT — combined with counseling, as the “gold standard” for treating opioid addiction. As opioids themselves, these drugs reduce craving and stop withdrawals without producing a significant high, and are dispensed in a controlled way.

“Detox alone often doesn’t work for someone with an opioid use disorder,” said Marlies Perez, chief of substance use disorder compliance at the California Department of Health Care Services, who estimated that it might be a realistic option for only 15 out of 100 people.

Studies have also shown that MAT reduces the risk of overdose death by 50 percent and increases a person’s time in treatment.

Yet even with strong evidence for MAT, there is debate over whether to offer MAT for people struggling with opioids. Some states, like California, have vastly expanded programs: The Department of Health Care Services has 50 MAT expansion programs, including in emergency rooms, hospitals, primary care settings, jails, courts, tribal lands and veterans’ services; the state has received $230 million in grants from the federal government to help with these efforts. But many states and communities hew to an abstinence or faith-based approach, refusing to offer MAT as an option. In 2017, only about 25 percent of treatment centers offered it.

Just as each person’s journey into addiction is unique, different approaches work for people trying to find their way out. Public health experts believe they should all be on the table.

Diane Woodruff, a writer from Arizona who became addicted to opioid medication prescribed for a bad back, described withdrawal like this: “If you’ve ever had the flu it’s like that but times 100.” Woodruff went through the sickness every month for five days until she could refill her prescription of OxyContin.

Other people described the sickness as if ants were crawling under their skin or acid was being injected into their bones. Woodruff was able to quit for good after she went cold turkey, sort of. She used kratom and marijuana to help with the detox.

Noah, a 30-year-old from San Francisco who asked that his last name not be used, said that MAT was a “miracle,” therapy adding, “It saved my life.” Noah spent five years on Suboxone, a brand-name formula of buprenorphine and naloxone, right around the time fentanyl began taking lives with impunity. Suboxone took away his craving for heroin, but he kept drinking alcohol and injecting cocaine and using other drugs for a while until joining a sobriety community. He finally weaned off MAT half a year ago.

“There’s no debate that MAT works — the evidence is clear,” said Dr. Kelly Clark, president of the American Society of Addiction Medicine. Opioid use changes the chemistry of the brain, sometimes permanently. Buprenorphine and methadone stop the withdrawals, diminish cravings and, when taken as prescribed, block the high from other opioids. These medications “tone down and reset the brain,” helping to “normalize” the individual, Clark added.

Within the nine years of my heroin use, I tried to get sober many times: detox, residential rehab, and with morphine and methadone under the guidance of a health care professional. For me, Suboxone didn’t prove the answer, although (to be fair) I never took it as prescribed under the supervision of a doctor. I was ambivalent and incapable of following directions, let alone a treatment plan. I didn’t want to be shackled to another opioid or have to check in with a health care professional every week or month or have to go to counseling — even if all that could have helped me to function better. (A common critique of methadone or buprenorphine is that it is just replacing one drug for another.)

But Suboxone ultimately kick-started me into sobriety. One day in December 2008, I tried one more time to detox successfully off heroin at my parents’ house. To make it easier, I had a couple of pills of Suboxone, illegally obtained. So, after the body aches and that weird feeling when I peed, the buzzing ball of anxiety began to grow in the pit of my stomach and, just when life began to seem unbearable, I crushed one of the Suboxone tablets up and snorted it off my dresser. Unbeknownst to me at the time, when Suboxone is crushed, it releases an anti-tampering chemical that sends the user into full-on withdrawal.

I spent the next three days shut up in a room as my body and mind began to unravel. I barely slept and there was plenty of diarrhea and vomiting. After the worst of it was over, I apathetically roamed my parents’ house, not sleeping for two weeks. Then, I joined a sobriety community and haven’t touched an opioid in 10 years.

MAT was not the escape route from addiction for me, personally, and I have mixed feelings about these medications. But with tens of thousands of opiate overdose deaths each year, it makes sense that people struggling with addiction and facing the terrifying specter of withdrawal have every option available.