Nonprofit Safehouse will need to seek new location for facility 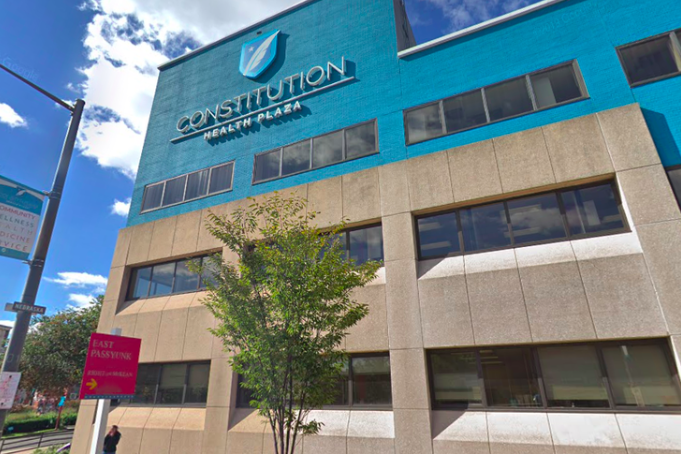 Nonprofit organization Safehouse will no longer open an opioid overdose prevention site inside South Philadelphia's Constitution Health Plaza, at Broad and McKean streets. Community resistance to the project mounted after the location was announced with limited neighborhood input.

Plans for the nonprofit to launch the facility, the first of its kind in the United States, unraveled quickly following a heated press conference Wednesday morning. The overdoes prevention site – or OPS – had anticipated opening as soon as next week.

Many in the neighborhood surrounding the Constitution Health Plaza building, a multipurpose facility at Broad and McKean streets, were caught off guard by the announcement. Minimal input was sought from the neighborhood and the process was criticized by elected officials who felt their constituents were not adequately informed or included.

Safehouse agreed to delay the opening of the OPS for further public discussion, but the plan was ultimately tabled when the property owner backed out.

"After Safehouse voluntarily delayed its opening so it could focus on meeting with the community, the building owner alerted the city that he was no longer interested in moving forward with the lease," Kenney said. "In light of this development and the strong concerns voiced over the past two days, it’s clear that no site will open imminently. I am glad that this will allow Safehouse more time to examine its options, and to engage the community. It will allow those with concerns more time to get answers."

Constitution Health Plaza released the following statement about its decision to cancel the lease:

The opioid crisis continues to devastate our nation, our city and the South Philadelphia neighborhood we call home.

We made the original decision to provide space to Safehouse to play a positive role in providing an innovative way to bring needed services to those suffering from addiction. As one of the largest institutions in our community, we felt we had a responsibility to do something to save lives.

Our vision for Constitution Health Plaza has always been to serve as a gateway to South Philadelphia, providing premier health care services to our community. Our relationship with our tenants and neighborhood is the key to achieving that goal.

We believe in the good intentions of all involved – on both sides of this issue – and want to thank you for your honest communications with us over the past few days.

We want you to know that we have listened. We apologize. And we want to ensure open lines of communication moving forward.

We want to thank Mayor Kenney and Safehouse for their work in seeking to find new ways to tackle the opioid epidemic.

The decision marks a blow to the OPS concept in Philadelphia. Advocates of the facility waited more than a year for the federal court system to decide on its legality, and they have argued that the OPS will be a life-saving venue for those struggling with opioid addiction, as well as providing opportunities for medical professionals to guide people toward resources to get clean.

It had been widely expected that Safehouse would attempt to find a location in Kensington, where much of the opioid addiction epidemic in Philadelphia is concentrated.

Neighborhood opposition to the OPS stems from fears that the facility will introduce crime, litter and increased police activity to the area, both during and outside its hours of operation. While city officials say they developed a safety plan to address some of these concerns, the lack of community involvement in South Philadelphia site and rapid timeline made it difficult for residents to envision a safe environment.

There is no immediate plan to open the OPS at an alternative location in the city at this time. In the future, Safehouse will likely have to engage in a more detailed campaign to inform the community of its plans and assuage concerns about how it could negatively affect the neighborhood.