WATCH: Jon Dorenbos continues his magic on ‘America’s Got Talent’ 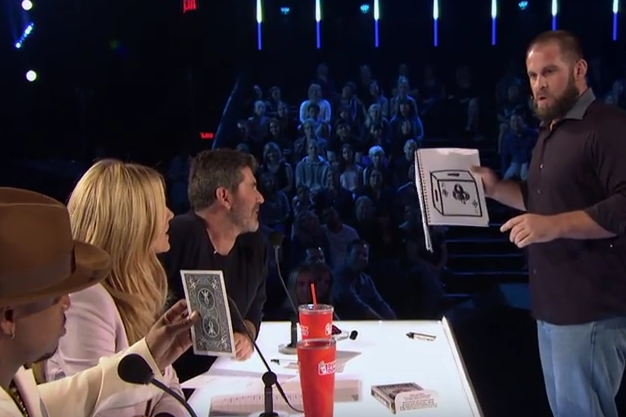 As the Eagles spend some time off before training camp gets underway at the end of the month, long snapper Jon Dorenbos is kinda, sorta taking America’s Got Talent by storm with his magic act.

After a strong showing his first time around (which aired a few weeks ago), Dorenbos was back on AGT Tuesday night with a different card trick. This one involved a notebook, and it was such a hit that Ne-Yo decided to give Dorenbos his golden buzzer, a sentence I never thought I’d type:

Anyway, Dorenbos now advances straight to the live shows, which Bleeding Green Nation’s Brandon Gowton pointed out could create a conflict with his day job across the country. We’ll have to see what happens there, but Dorenbos can at least say that he survived Simon Cowell twice.

Current and former Eagles teammates along with other NFL players took to Twitter to congratulate Dorenbos:

Okay @JonDorenbos with the #GoldenBuzzer on @nbcagt!! You 100% deserve it man, such a fantastic entertainer and gentleman

Happy to see the homie @JonDorenbos get he golden buzzer. Big ups bro ✊🏽

.@JonDorenbos is one of the best magicians I've ever seen!!! https://t.co/eFL6FJGz0j