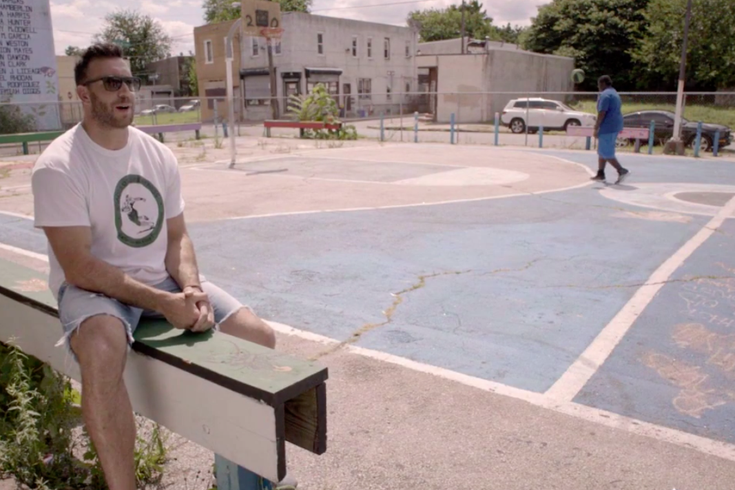 After watching “Street Eagle,” a mini-documentary about Connor Barwin that was filmed over a couple of years, my main takeaway is that the NFL salary cap stinks. The Eagles released Barwin in March because the move made financial sense. He even called the move to take his money and invest in some receivers for Carson Wentz “smart.”

But man, what a loss off the field. Ryan Howard built a training center at 17th and Fitzwater and countless former players from all of the teams have called the Delaware Valley home after they retired, but no athlete has probably embraced Philly more than Barwin.

“You know I remember I had a conversation with a girl, she was like, ‘Why aren’t you in California?’ You guys aren’t playing football right now,” Barwin explains at one point of the doc. “She had never been out of Pennsylvania. And I was like, ‘I’ve been to California, it’s nice, but I like being in Philly.’”

After signing with the Los Angeles Rams, Barwin will have to spend more time in California now. But the mark he has made on the city, specifically at Ralph Brooks Park on 20th and Tasker (the subject of this documentary) will hopefully last a long time. Watch it here:

.@ConnorBarwin98 recently became a @RamsNFL, but he'll always be "The Street Eagle" in Philly@IDSDP #WePlayTogetherhttps://t.co/BUmjuOGWSO

The info for Barwin’s Make The World Better Foundation, which has now moved on to revitalizing more playgrounds in the city, is here.