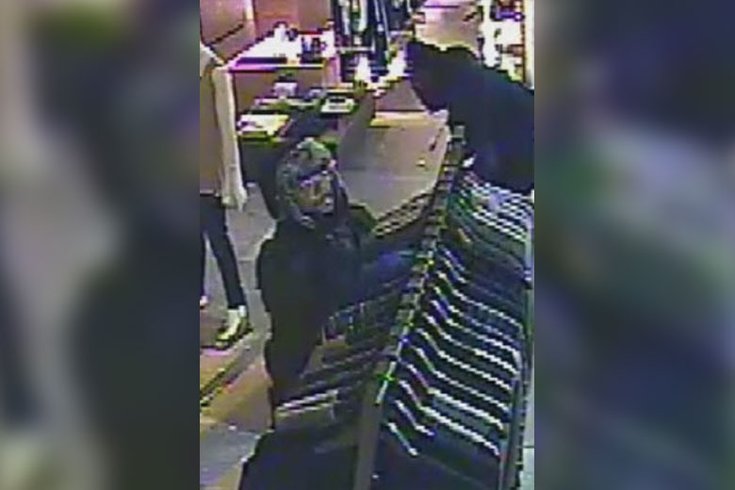 Two men and a woman are sought for the early morning smash-and-grab burglary of a Rittenhouse clothing store, Philadelphia police said.

The break-in occurred at the Vince clothing store, 1701 Walnut St., at 5:03 a.m. on Feb. 27. Surveillance video shows the suspects breaking through one of the store's large glass windows, grabbing clothes off a rack located nearby and carrying them out of the store.

The suspects entered and exited the store through the broken window at least once more, hauling away more merchandise. They fled the scene in a light-colored sedan, police said.

Anyone with information on these suspects should call 215-686-TIPS or text information to 773847 (PPD TIP). Information can be submitted online here.