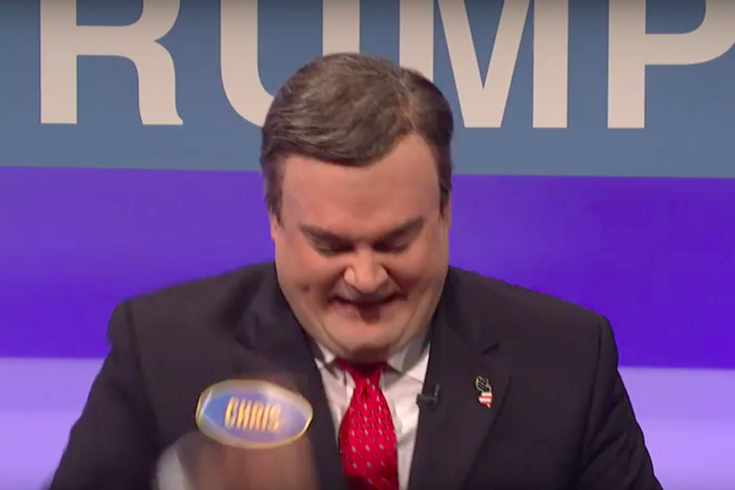 New Jersey Gov. Chris Christie is a favorite target of "Saturday Night Live." The governor was roasted by the show in March for his odd facial expression standing behind Trump during a speech, and again in May when Trump was still searching for a running mate.

In the sketch, Steve Harvey (played by Keenan Thompson) asks Christie why he's still supporting Trump and if he's going to get a Cabinet position (1:30). "We'll cross that bridge when we get there," Moynihan's Christie responds, a reference to the ongoing Bridgegate trial in which the governor's allies are accused of orchestrating a political revenge plot to shut down lanes on the George Washington Bridge.

Christie has maintained he was unaware of the plot.

Later in the sketch (6:25), the Bridgegate scandal is referenced again when Harvey asks Christie if he really likes Trump after all the "nasty" things he said about Trump during the primaries.

"It's water under the bridge," Moynihan's Christie responds. You can watch the entire sketch below: