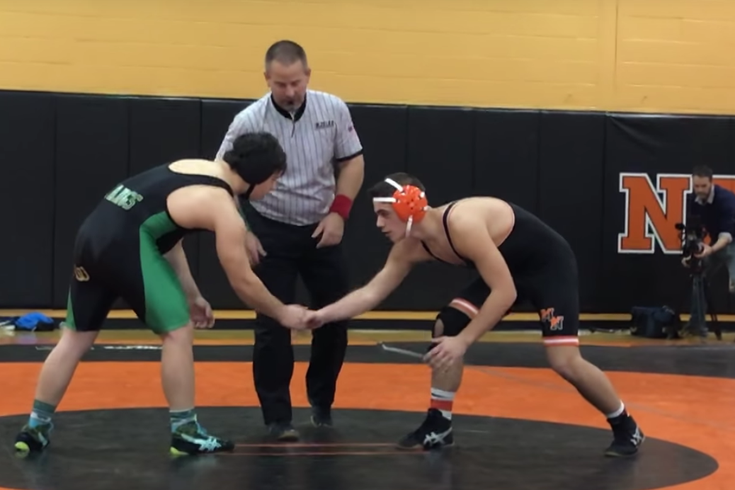 One New Jersey high school wrestling team suffered a tough loss over the weekend, but what happened after the match is something that nobody in attendance that day will soon forget.

On Saturday, Brick Memorial traveled to face Middletown North and narrowly lost the matchup. After the result was official, the teams remained along the mat because there was still a specially arranged contest on the agenda.

According to Shore Sports Network, the two schools scheduled a bout to take place at the conclusion of the match so Brick senior David Richards, a special-needs student, could make his varsity debut.

Richards, who has Down syndrome, has been a member of the junior varsity squad for three years. In the video published by the outlet, Richards becomes overjoyed after he secures the pin on Middletown North freshman Richie Wall, who agreed to the bout. Both teams and their fans also cheered in approval.

Earlier in the week, however, many wondered if the event would happen because a match with Richards that was scheduled for Wednesday was abruptly canceled.

Dan Richards, David's father, turned to Facebook to express his disappointment, saying the situation was a reminder "how cruel and insensitive people can be."

On that night, David Richards was ready to wrestle and video cameras were set to capture the moment, as the Asbury Park Press was producing a video feature. Unfortunately, according to Dan Richards, no member of the Brick Township High School wrestling team would agree to participate. Dan Richards called the situation "heartbreaking," noting it was the first time that a team refused to wrestle his son.

Luckily, Wall and the rest of the Middletown North squad were able to step in three days later to give David a chance.