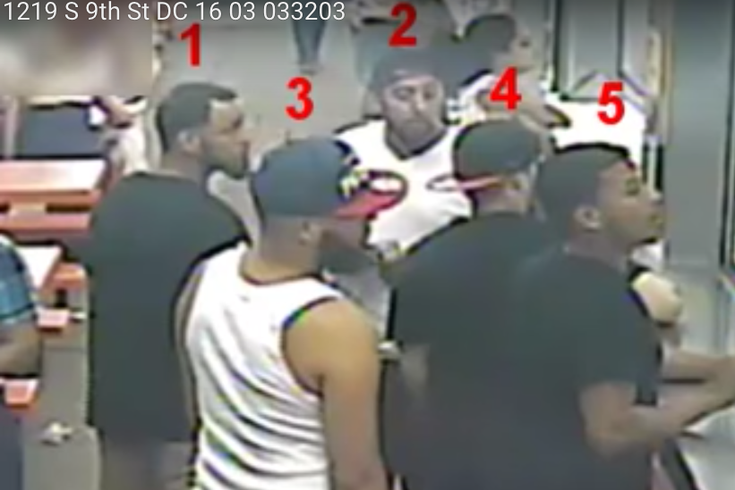 Five men are sought for what Philadelphia police described as vicious assaults on three people outside Geno's Steaks in South Philly. The incident took place 4:15 a.m. at 1219 S. Ninth Street on June 11.

Five men are wanted for what police described as vicious assaults on three people outside Geno's Steaks in South Philly.

The alleged attacks were recorded by surveillance camera, but Philadelphia police did not release the footage because of its graphic nature.

The assaults took place 4:15 a.m. at 1219 S. Ninth Street on June 11. Police said one victim suffered a cut to the face; a second victim had a cut to the face and a bloody nose and the third person was punched in the face.

After the attack, the suspects fled in two vehicles – a dark-colored pickup truck and an SUV.

Philly.com spoke to the victims, who described that they had ended up at Geno's for a late-night cheesesteak after going to a friend's wedding and then an after-hours club. The alleged assault began when a female in their group asked the suspects for a cigarette, and one of the men put his hands to the woman's face and pushed her away.

Read more coverage of the incident from Philly.com here.