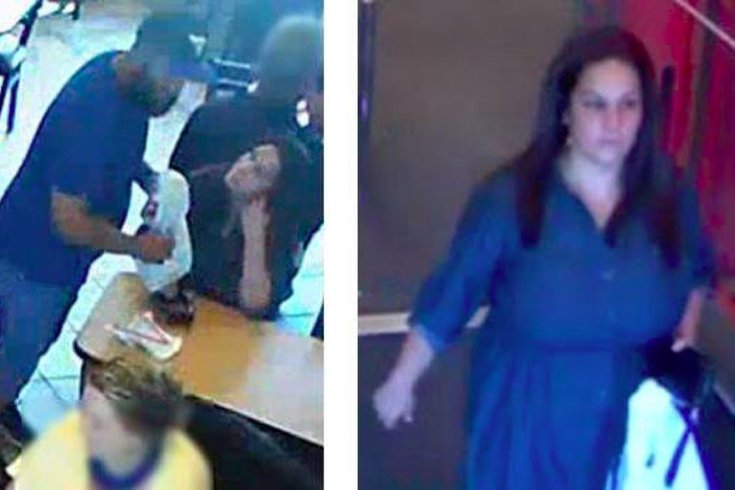 An investigation is underway after a man and a woman charged more than $1,600 on a credit card that was stolen from an unsuspecting mother in Bucks County.

The incident happened Wednesday around 2:55 p.m. at the Chick-Fil-A located on Horizon Boulevard in Bensalem.

Police said the two suspects entered the fast food restaurant and sat down at a table behind a mother who was eating with her children. The woman acted as a lookout as the man took the victim's wallet from her purse.

The suspects left the store and purchased four Visa gift cards valued at $400 each and snacks with the victim's credit card from a nearby Target.

Later, the pair travelled to a Target located in Philadelphia to make three additional purchases, but the credit card was declined.

Surveillance video captured both the theft at the restaurant and the purchases from the store.

Authorities said that the suspects were driving a silver sedan. The make and model of the vehicle are unknown.

Anyone with information is urged to contact the Bensalem Police Department at (215) 633-3719.