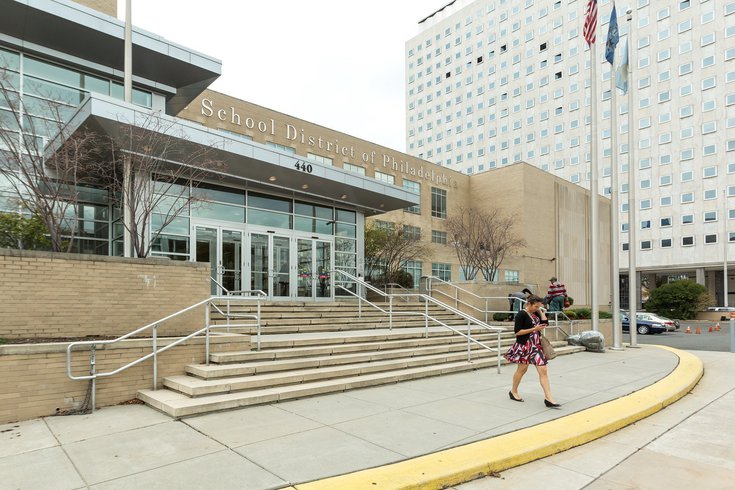 The School District of Philadelphia is the Water Department's 2021 Stormwater Pioneer, according to an announcement released Thursday. A total of 13 public schools across Philadelphia were recognized for their grant-funded green stormwater infrastructure, and the ways they have been able to maintain their green spaces and schoolyards in innovative ways.

The water department created Green City Clean Waters in 2011 to reduce stormwater infiltration in sewers in order to meet state and federal regulations. The green stormwater infrastructure initiative is one step in a larger, 25-year plan to reach these pollution reduction goals by 2036.

Part of the water department's plan includes prioritizing the School District of Philadelphia and fostering partnerships in order to utilize their school campuses for green infrastructure initiatives, according to Green City, Clean Waters.

Each of the schools recognized by the water department voluntarily received grant money to fund these stormwater projects, with a focus on keeping schools beautiful while also reducing stormwater bills for the School District and helping steer the city closer to their pollution goals.

Green infrastructure implemented at some of these schools include rain gardens, stormwater basins, and depaving, among others. These efforts can allow for less polluted runoff entering storm drains or the Schuylkill and Delaware Rivers, while also keeping school yards beautiful and usable.

Today, we presented the annual Stormwater Pioneers award to @PHLschools at Southwark School — one of 13 public schools honored this year as champions of green stormwater infrastructure. More info➡️https://t.co/eGA4KngB98 pic.twitter.com/nhb0ywA2za

The schools recognized by the Water Department include:

38 schools are taking part in the green stormwater infrastructure partnership, with a goal to add five additional schools each year, according to the Water Department.