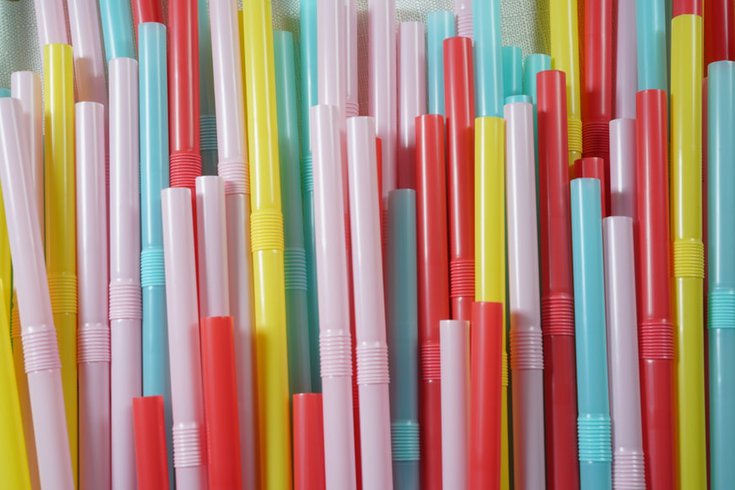 New Jersey imposed a new restriction on single-use plastic straws Thursday, which is part of an overall law that aims to reduce plastic pollution in the state.

If you're picking up a coffee or smoothie in New Jersey, you're now going to have to ask for a straw.

The state imposed a new restriction on single-use plastic straws Thursday, which is part of an overall law that aims to reduce plastic pollution in the state.

Under the new restriction, businesses like restaurants and convenience stores now can only give customers straws if they ask for them, instead of including them with every order.

Pre-packaged drinks like juice boxes will still be allowed to come with a straw.

Businesses that do not comply will get a warning for first offenses and fines up to $1,000 per day for the second offense. Subsequent violations carry penalties up to $5,000 a day.

New Jerseyans voted to approve a law that banned single-use plastic bags and food containers in 2020 that will be fully in effect by 2022, NBC4 reported.

The next restriction will be imposed May 4, and will hit plastic and paper single-use bags and disposable food containers and cups made out of polystyrene foam.

Plastic straws and stirrers are among the most common pieces of trash picked up every year by Clean Ocean Action's beach clean up volunteers, North Jersey Media Group reported.

Plastic straws are not recyclable and marine animals often mistake them for food. The plastic has been found in an estimated 90% of sea birds and in all sea turtle species, according to WWF.

Some restaurants have moved to using paper, bamboo or reusable straws as well.