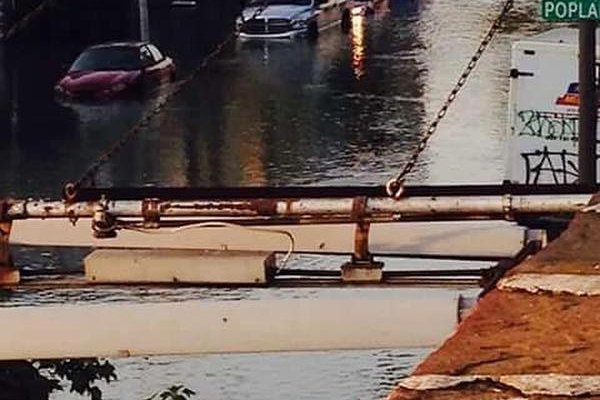 A water main break in West Philadelphia caused flooding and evacuations on Sunday morning as crews continue what is expected to be a long cleanup and repair effort ahead.

NBC Philadelphia reports that the 36-inch main broke around 4:30 a.m. on Sunday at the 500 block of North 52nd Street between Wyalusing and Westminster Avenues.

Vehicles were submerged into the flooding as 14 residents were evacuated after their homes were flooded, according to 6 ABC. Most of the water has now receded.

The Philadelphia Water Department has shut down the water main as cleanup and investigation into the reason for the break began. It is not clear how many customers are affected and when the main will be fixed.

Scene of the water main break on N 52 nd in West Phila. Have met with many neighbors, great work by public employees pic.twitter.com/3AD8KA85Dg

The cause of the break is currently unknown. According to NBC Philadelphia, it was installed in 1885.