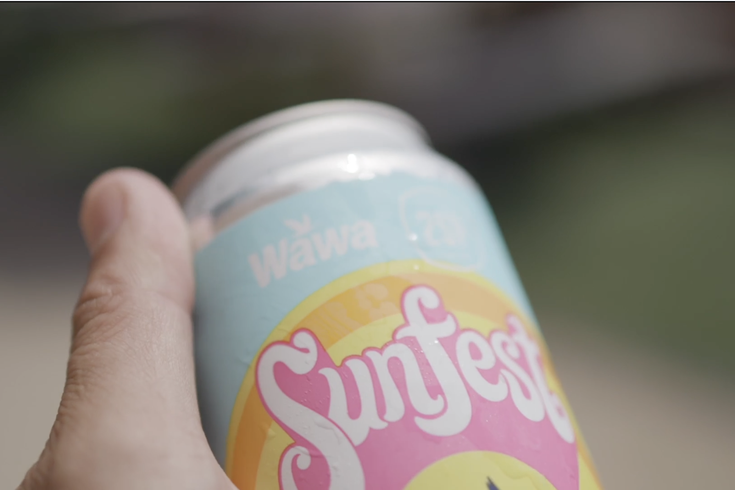 Wawa and 2SP Brewing Company have made a Delaware County tradition of collaborating on alcoholic beverages in recent years, joining forces on several coffee-infused beers that have been available in limited-runs.

This summer, for the first time, the two companies have opted for a different kind of a refreshment.

Wawa and 2SP will release their Sunfest Strawberry Lemonade Shandy, a recipe that builds from the flavors in Wawa's Strawberry Lemonade. As with previous collaborations, the new drink combined the expertise of Wawa beverage guru Michael McClaughlin and 2SP head brewer Bob Barrar.

"There's no better time than now to reunite with our friends at 2SP to provide a perfect summer beverage to our community to enjoy after the past year we've all had," said Mike Sherlock, Wawa's chief product marketing officer. "This light and refreshing shandy is perfect for sipping with friends and family in your backyard or on the beach. We hope this beer brings the community together and adds a little extra positivity after a tough year."

The Sunfest Strawberry Lemonade Shandy will first hit shelves at six select Wawa stores on June 24. An official launch event will be held at Wawa's newest Philadelphia store, located at 2600 Pennrose Ave. at the base of the Platt Bridge. There will be a ceremonial first pour, sampling, beach-themed giveaways and canned six-packs available for $8.99 each at 4 p.m. that Thursday.

The five other Pennsylvania stores that will have the drink on June 24 are:

The beverage also will be available June 26 at 2SP Brewing Company in Aston, located at 120 Concord Road, Units 101-103. The brewery will hold a beach-themed release party that Saturday at noon, with boardwalk style games, a mechanical surfboard, live music, food trucks and more.