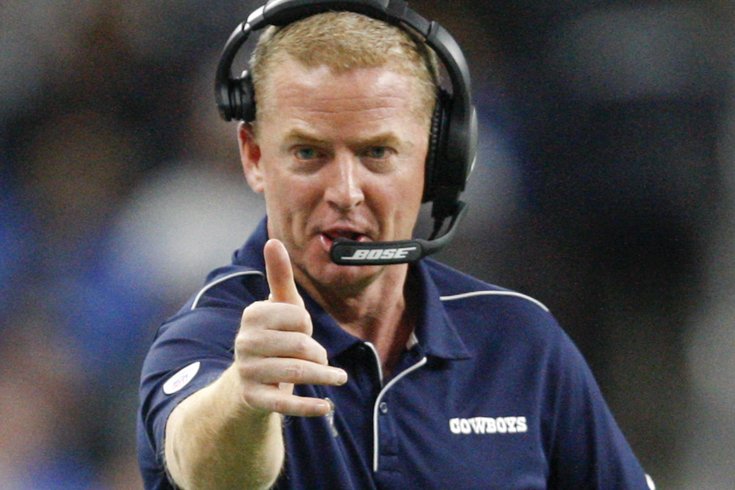 The nation looks forward to taking bites of turkey and getting annoying by their idiot cousin's politics while Jason Garrett punts on 4th and 2 from the Bills' 40.

For the gambling degenerates, here are my Week 13 NFL picks. To note, the team logos indicate who I think will win the game, not cover the spread. At the end of the picks, I'll note a few teams that I like based on the spread.

Bears (-5.5) at Lions: Ugh, what an awful Thanksgiving game, which, by the way, was the same early game matchup last year. This year, we're treated to Mitchell Trubisky vs. David Blough. Woooooo!

The Lions haven't won a playoff game in 27 years and they've never appeared in a Super Bowl. Only the Bengals have a longer playoff win drought, at 28 years. The Lions also last appeared in an NFL Championship Game in 1957, which they won. That's the longest championship game appearance drought in the NFL.

So why exactly are we subjecting ourselves to watching this team every year on Thanksgiving? The fans of literally one team care about this tradition. That's it. It's just so stupid.

Bills at Cowboys (-6.5): Meanwhile, Thanksgiving games also provide significant advantages for the the Lions and Cowboys, who get a home game on a Thursday every year. Jeffrey Lurie (rightfully) brought a proposal to the NFL Owners Meetings this past offseason, which they later withdrew. From the Owners Meetings media guide, under the rule change proposals:

Withdrawn, By Philadelphia; to continue the annual tradition of having Dallas and Detroit play on Thanksgiving, provided that one of those clubs host a home game with the other club playing away, and alternating home and away games each subsequent season.

The Eagles have had to play a road Thursday game in 5 of the last 6 season, while the Cowboys play Thursday road games... never. It really is a significant competitive advantage that needs to change yesterday.

Saints (-6.5) at Falcons: The Falcons were playing better, including a win over the Saints in New Orleans a few weeks ago. And then they lost at home to the Buccaneers. The Saints have a lot to play for, and the Falcons don't.

Last year, the Saints beat the Falcons by 14 in a game that wasn't really even that close. I see a similar outcome this year as well.

Eagles (-9.5) at Dolphins: Defensively, the Dolphins have a decimated secondary, and they can't stop the run. Offensively, they can't run it, and while Ryan Fitzpatrick is at least a professional quarterback, he's not exactly Tom Brady or Russell Wilson.

In my view, when you factor in injuries, the Dolphins are the worst team in the league (yes, even worse than the winless Bengals). They are on pace for a point differential of -266 (!), which would be the third-worst in NFL history. Here is where they rank in some super-basic statistical categories:

How'd they ever win two games? It's a miracle.

When the line for this game was originally released, it was only Eagles (-7.5). Even with how the Eagles have played recently, I couldn't believe it was that low. It has since corrected itself and moved to Eagles (-9.5). I still like it anyway.

The Eagles are going to smash this team. I mean, right? They better.

49ers at Ravens (-6): The Ravens know they're really good, and they're starting to get cocky:

#Ravens safety Earl Thomas was asked if Sunday’s matchup vs. San Francisco is a Super Bowl preview: “You think the 49ers are going to the Super Bowl? It could be. When the Super Bowl comes, whoever we play, they’re going to be in trouble."

I generally find that over-confidence to be a good thing.

While the Niners have a very good defense, mainly because they're good at rushing the quarterback, they're surprisingly shaky against the run, allowing 4.7 yards per carry. That's bad news against the Ravens, who are the best rushing team in the NFL, by a mile.

Washington at Panthers (-10): Both of these teams are bad, and the Panthers are less bad, but it's hard to turn down 10 points. I like the Panthers to win, but Washington should at least keep it reasonably close.

Jets (-3.5) at Bengals: I had the Jets as a potential surprise playoff team, mainly on the premise that Sam Darnold could take a big leap this season. Obviously, that didn't happen early this season and that prediction looked dumb for a bit, but Darnold is beginning to turn it on, as he and the Jets have scored 34 points in each of their last three games.

Titans at Colts (-2.5): This is actually a huge game of importance if you care about what teams earn the 4-through-6 seeds in the AFC, which I don't.

Buccaneers (-1) at Jaguars: If you visited Florida for the Thanksgiving holiday weekend, I hope you're not in the Jacksonville or Tampa area, and thus forced to watch this game.

Packers (-6.5) at Giants: In a similar way that I'm confused how the Eagles were (at one point) only 7.5-point favorites over the Dolphins, I'm not sure how this line isn't bigger as well. The Packers have struggled a bit of late, but the Giants are absolute trash.

Browns (-2.5) at Steelers: The Browns destroyed the Steelers a few weeks ago, and they're going to want to make a statement after the ugly fight that went down at the conclusion of that game. The switch from Mason Rudolph to Devlin Hodges at quarterback may provide a spark early, but it won't matter, since the Steelers were completely unable to block the Browns in that game. The absence of Myles Garrett will help, but I still see the Browns being able to take care of business.

Rams (-3) at Cardinals: I'm really tempted to take the Cardinals here. They've been competitive in most of their losses this season, and they're coming off their bye. I just couldn't do it though.

Raiders at Chiefs (-9.5): The Raiders have been a surprise team this season, but when they have played good teams, they've been easily handled.

Patri*ts (-3) at Texans: The Patri*ts have struggled with quarterbacks who can do damage with their legs, but since Bill O'Brien became the Texans' head coach, he has never beaten Bill Belichick (0-5), and I'm not sure why that should change this week.

Vikings at Seahawks (-3): I've seen both of these teams up close, and in my view, the Vikings are simply better. I'm already pre-mad at myself for picking a team led by Kirk Cousins over one led by Russell Wilson, but the Vikings have a huge advantage with their defensive line over the Seahawks' offensive line.

Byes: None! There are no more byes the rest of the season. Fantasy football owners rejoice.