Were you duped by one of these Philly April Fools' Day pranks? 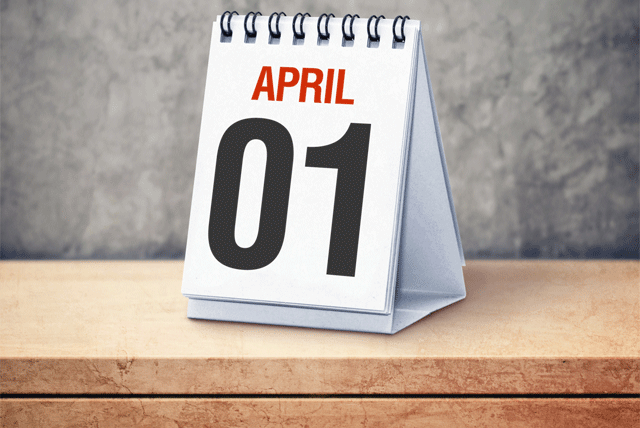 It's April Fools’ Day, the sad excuse for a holiday on which businesses get a little free PR by playing silly hoaxes with fake announcements.

Sure enough, there were a few Philly-centric pranks Saturday. Here are the ones you might have initially been duped by:

A Wawa is coming to Temple

Almost immediately after the clock struck midnight Friday, the Temple University student news website The Tab published an article claiming that the beloved convenience store Wawa was opening a location on campus:

Also according to Wawa’s Twitter, the new store will be taking the place of the 7/11 across Broad St. from Johnson & Hardwick. This puts the new Wawa in a prime spot for freshman who miss mom’s cooking and are starting to get sick of dining halls.

Wawa, of course, never tweeted this. Initially there was no explicit indication the article was a hoax, and a spokesperson for Wawa said the company has "no plans for a location as mentioned." The Tab later added a disclaimer that reads, "Check the date." Many social media users realized the joke immediately, but others weren't so keen:

WAWA is coming to temple next year. Real tears.

Gail Vivar, the head editor of The Tab Temple, said several other Tab outlets have published similar joke articles for the holiday; The Tab, a British media company, runs satellite websites at colleges across the country.

Even as a joke, this is pretty gross.

Mike Vick is returning to football

On social media, former Eagles QB Mike Vick linked to a vague post on VIKTRE, a social network for professional athletes, of a picture showing him signing what appears to be a contract.

It's clearly a joke — Vick last played for the Steelers in 2015 — but would an aging Vick really be any worse as a backup than Nick Foles?

But it seems like Brown sees the writing on the wall in Sixers land that when the team starts winning he’ll be ousted so he would rather leave on his own terms.

At the season, Brown will be stepping down to take a Sam Hinkie-like sabbatical which will likely raise stock in his coaching services. He’ll be spending more time doing the things that he loves such as hanging out with family, running youth coaching clinics, and fishing peacefully.

The article goes on to clarify its a "joke," but now we're left wondering, does Brown actually like to fish in his free time?