Funeral services to take place for Sean Cullen, who was fatally struck while responding to accident on I-295 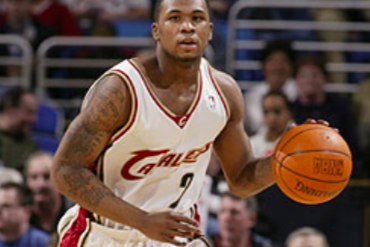 Former NBA player Dajuan Wagner was involved in last week's crash on I-295 in West Deptford Township that ultimately led to the death of New Jersey State Trooper Sean Cullen, who was struck by a passing vehicle while responding to the scene of a car fire.

Wagner, a basketball star at Camden High School and a first-round draft pick of the Cleveland Cavaliers in 2002, was driving southbound on I-295 last Monday night when his vehicle was rear-ended by 27-year-old Paulsboro resident Willard Hamilton Jr., according to NJ.com. After the collision, Hamilton's car veered into a guardrail and went up in flames.

Cullen, a 31-year-old resident of Cinnaminson, was assisting at the scene when he was inadvertently struck by a 22-year-old female driver, who stopped and cooperated fully with authorities. Cullen was airlifted to Cooper University Hospital with severe head injuries and was pronounced dead the following morning.

Last Thursday, a memorial for Cullen was held at the Burlington County Public Safety Center, where family, friends and fellow law enforcement officers paid tribute to the former All-American wrestler at Lycoming College.

As a result of the crash, Wagner was treated for minor injuries. Hamilton was not injured in the accident. Police continue to investigate the crash and no charges have been filed to date.

Cullen's funeral will be held Monday at the St. Borromeo Roman Catholic Church in Cinnaminson. A public viewing was planned Sunday between 2 p.m. and 7 p.m., with funeral services scheduled to resume from 8 a.m. to 2 p.m. Monday. Officials expect heavy traffic and road closures in the area.

To help with funeral expenses, the family launched a GoFundMe Memorial Page, which quickly raised more than $125,000 in four days. If you would like to make a donation, you can do so here.

The video below, produced by fellow N.J. Trooper Lee Eckert, pays tribute to Cullen's life in a series of photographs. CullenH is survived by his fiance, his nine-month-old son, his mother and father, and three siblings.