What it's like being trans today, as told by Eddie Izzard 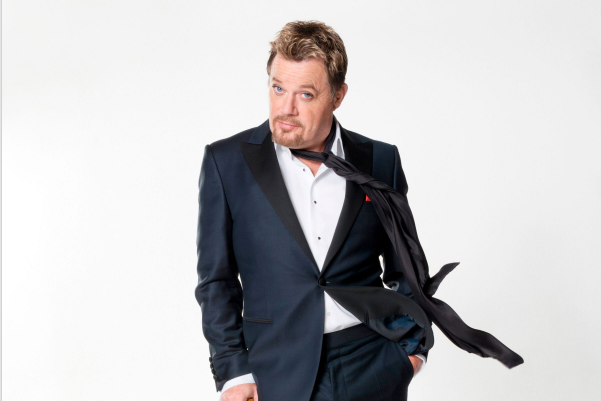 With a stream-of-consciousness delivery that leapfrogs over absurd topics, and a personal sartorial style of lipstick and high heels, British comedian-actor Eddie Izzard is a unique on-stage presence. Proudly coming out as transgender in 1985, Izzard has always poked fun at himself – a self-deprecation you can hear when he appears at the Merriam Theater tonight. Beyond that, Izzard (also in the newly-released film “Victoria & Abdul”) is a witty, ad-libbing historian (he loves Philly for that) and passionate writer, as witnessed in his new autobiography, Believe Me: A Memoir of Love, Death, and Jazz Chickens.

Q: I know you have a good memory. Do you recall playing Philadelphia when you first toured the States?

A: I do know your city’s history, its role as a capital city and the Revolutionary War. Now, I’ve played 45 countries by this point, but America and its history stands out. I’m also coming to share my history. I know that people might not think that I have a worthy past – what with me usually talking about chickens, guns and cake, but it’ll be quite nice to humanize my story.

Q: You remade the 1949 Ealing Studio comedy, “Whisky Galore!” last year. John Cleese of "Monty Python" called you the "Lost Python." I know you’re something of a loner, but now, do you see yourself as part of that grand British comedy continuum?

A: That Ealing film is the only comedy I‘ve done, you know. Everything else has been drama, even if, at times, I had lines that got laughs. Being considered part of the continuum is wonderful. I always loved comedy, but started life wanting to be an actor. But, I was too short, so, most of the good, dramatic parts might not be available to me. So, let’s do comedy. I seem to be able to make people laugh. There’s a comedian named Spike Milligan who used to work with Peter Sellers on radio in the U.K. He is the godfather of surreal comedy, and my prime influence. He’s based in my hometown, where I’m now visiting my dad. I linked myself to Spike since childhood.

A: Oh, transgender is much harder. In Europe, we just don’t have religion. God went away. In America, you say ‘God bless America,’ but if you said ‘God bless Britain’ in the U.K., we would just wonder what you were talking about. We just think He’s not there. We’d be happy for Him to be there. We’re not non-believers. We just believe in humanity, good will. If the floaty guys come down and help – fine – any of the floaty guys, be it the Muslim Islamic floaty guy, the Jewish floaty guy, the Protestant floaty guy, the Catholic floaty guy. They’re up there floating around and they never come to help. So, I’ve decided that He, She or It doesn’t give a monkey about it all. Atheists believe in people, because it is humans that change everything. Coming out transgender was difficult, but that was 1985. Things are better now. 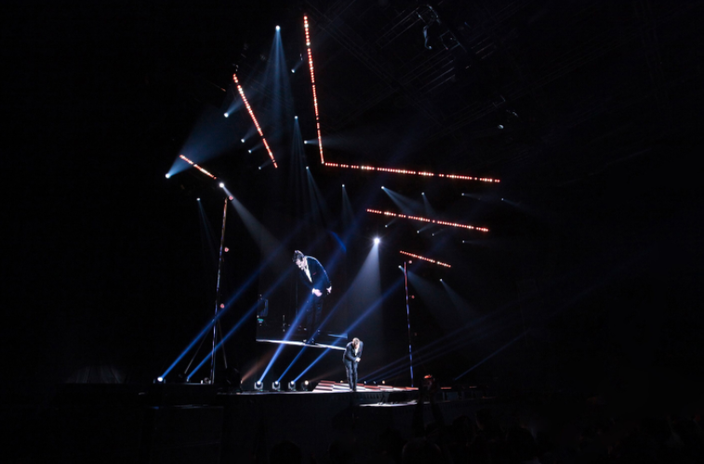 Q: You were brave coming out when you did. That’s how we got to know you. But do you ever wonder that, as a comedian making light of the situation, that you may have confused the issue? That perhaps a spoonful of sugar was too sweet where coming out was concerned?

A: That was a big question. Going back and retro judging doesn’t bother me because I had to do it, and comedy was my thing. Be it trans, transgender or transvestite – the language at the time – I had to come out. Honesty is surely a good thing, Mr. Trump. Now, I never spoke overtly about it. Instead, I used to talk diagonally. I used to talk about ancient weird kings or cats with guns, and I’d drop it in diagonally. I could present a front of me wearing heels or lipstick, and not directly talk about it. I would joke that I was attacked by a lipstick, and that was a funny way of making light about the journey that I had.

If I had done lectures about me being transgender, that would never have flown. Do I have any regrets or should have done it differently? Maybe I thought I had worked it out logically. I had come out to my friends and joked about it, but wearing dresses and make-up made them realize I wasn’t joking. I tried to get the look together. You couldn’t plan to talk to anybody about it. No one could advise me.

Q: I know about your ad libbing, your "verbal sculpting" and improvising when on stage. The Philly gig is [soon]. What are you thinking about?

A: This won’t be my normal stand-up show, as I’ll pull stories from my book and show photos from that, and improvise around there. I am, however, doing a stand-up show in Paris soon, in French, where I will talk about all the politics of building walls, putting your head in the sand and such.

Q: You deal with your mother’s death and coming out in Believe Me: A Memoir of Love, Death, and Jazz Chickens. Was its writing cathartic enough so that you can tidily move on?

A: It was cathartic, but I don’t know if I was there trying to get stuff off my chest. I am interested in my heart’s history in an odd way. The ways in which I make myself go forward and do things like run marathons and do gigs in four languages is by being slightly disconnected from myself. So, when I look back, it is as if I am a foot soldier doing all the work.