Creator John Jarboe says, this season, he hopes his play becomes 'a home for queer artists, boundary pushers, and misfits in Philly' 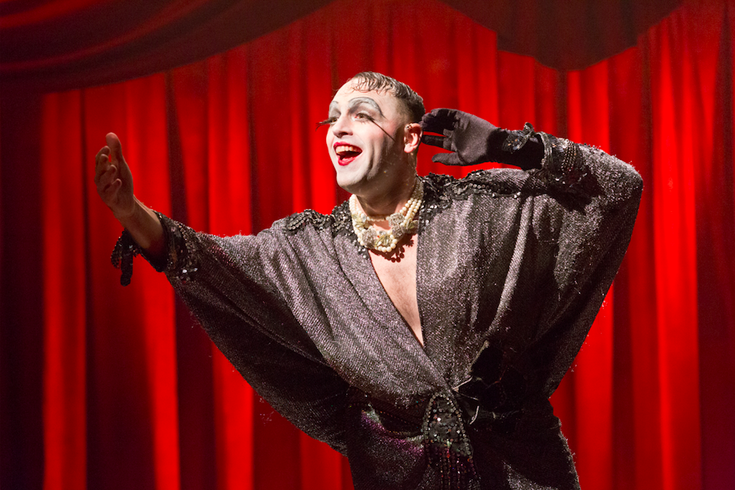 The Bearded Ladies Cabaret opens Wednesday, Sept. 27 at 7 p.m. and runs through Oct. 22 at the Arden Theatre.

When “Cabaret,” opens at the Arden Theatre tonight, the gloriously immoral tale of love, life and political disarray in Weimar, Germany may have met its match in John Jarboe. The decadent Kander and Ebb musical classic is right on time, touching as it does on the rise of Nazism, rampant Nationalistic politics and gender-bending sexuality. When there are questions of androgyny and social politics to be had in theater, Jarboe must be in the mix.

RELATED READS: George Wendt from 'Cheers' co-headlines ‘Rock and Roll Man’ at Bucks County Playhouse | 'Rock and Roll Man—The Alan Freed Story' is a toe-tapping history lesson about the culture-changing DJ | Opera Philadelphia's 'We Shall Not Be Moved' picks at scars left behind by MOVE bombing

“I think the big question facing artists always – but especially in a heated political time like this – is how we make work that is politically engaged and radical,” Jarboe said during a break from rehearsal at Old City’s Arden Theatre.

“How can we learn from the ways artists engaged with movements like fascism in the past? How can we not be escapist, and, at the same time, not dogmatic? How can we directly serve our communities in Philadelphia?” 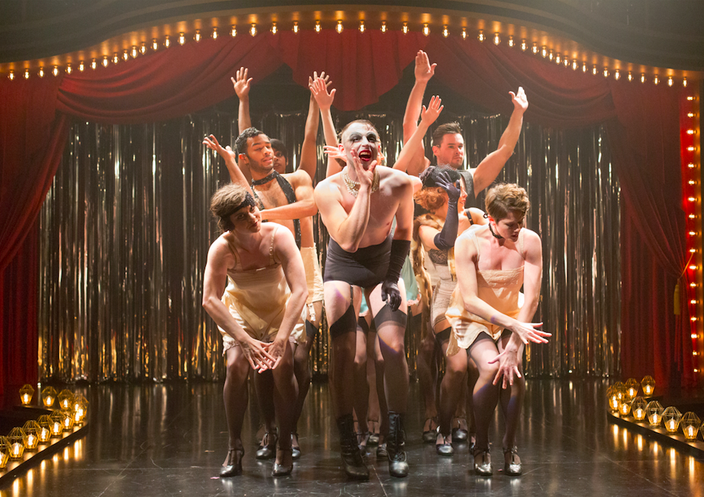 “Now, I think the next step is having my main scene partner – the audience – to play with,” said John Jarboe.

It insists “art can be intellectual and accessible, entertaining and meaningful, stupid good and just plain stupid,” he said.

“Our shows tackle the politics of gender, identity, and artistic invention with sparkle and wit.” The “Beards” have been involved in everything from the Parisian events of the Philadelphia International Festival for the Arts (PIFA), to “Andy: A Popera,” from FringeArts and Opera Philadelphia.

This November, The Beards are taking their act on the road, touring Miami with their Dietrich-ian show “Marlene and The Machine.” Jarboe also states that The Beards are working with FringeArts to continue their exploration of “The Poison Cookie Project,” which bring international cabaret artists together in the Fall of 2018 to Philly to perform the history of the form. During the fall/winter season, The Beards will stage events around Philly to lead up to this “Poison” project. Stay tuned.

The show should not be safe, or polite. It's not worth doing otherwise. It should place the audience boldly between the extremes of freedom and fascism."

For now though, there is “Cabaret” at the Arden, and the seemingly giddy, definitely gaudy, but haunted role of “The Emcee.” As viewed by Jarboe, the sleazy character is an enigma – “a sort of living metaphor for the city of Berlin itself,” he said. During the rehearsal process, Jarboe said that he allowed the character’s political awakening to blossom beyond the decadence, slowly.

“Now, I think the next step is having my main scene partner – the audience – to play with,” he said.

“I think, originally, the piece was written to condemn the partying and sexuality as a distraction from political awareness. I am investigating a different angle. I think the show gives an opportunity to explore how art tries to respond to the outside world: to mirror it, to satirize it. The exploration of sexuality and freedom at that time in Berlin was radical. I think the 'decadence' is sometimes an escape and sometimes a search for liberation in uncertain times. I think that my character does both.”

Ask Jarboe about how he and “Cabaret” director Matthew Decker interpret the seedy script’s political overtones and how they play into the Trump Era, and the actor leaps at the opportunity.

“Obviously, the play is super relevant,” he said.

“Now, the fact that the play is done so often means there is the danger of it becoming cookie-cutter or a museum piece. So, what’s facing our team is – how do we sharpen the edges of the piece for our audience, now? What framework or approach allows the audience to make connections among time periods such as the Weimar era, the Civil Rights movement, when this play was written, and, now, the present day? This is very much Matt Decker's production, and I know he's thinking of these questions. Where I get to play is in the ad-libs, which allow me to dance with anachronism a bit.”

For Arden patrons, Jarboe has a warning:

“The show should not be safe, or polite. It's not worth doing otherwise. It should place the audience boldly between the extremes of freedom and fascism. I hope we live up to the challenge of the material and the challenge of our time.”