What they’re saying about the Eagles: Tim Jernigan is a breakout candidate 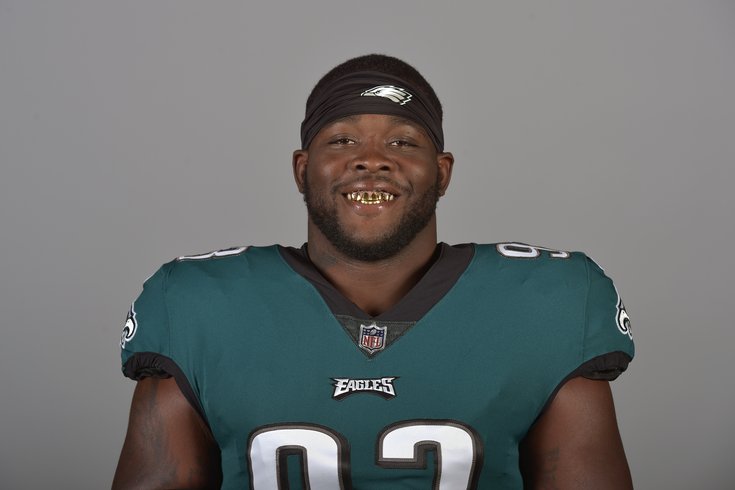 When the Eagles acquired defensive tackle Tim Jernigan from Baltimore for a swap of third-round picks, the move seemed to go under the radar. But it has not gone unnoticed that plenty of smart football minds, both local and national, believe that the Florida State product is in for a big year in Philly.

The latest person to predict a breakout season for Jernigan is former NFL quarterback Chris Simms, now working for Bleacher Report. And like many others, Simms likes the fit with Jernigan and Jim Schwartz’s defensive scheme:

“He got drafted by a team where his skill set didn’t really fit the team’s scheme on the defensive side of the ball. Jernigan’s kind of an undersized defensive tackle, more predicated on his speed, his ability to get off one-on-one blocks, to shoot a gap. That’s what he’s going to be asked to do in Philadelphia.

“In Baltimore, he was asked to be a big plugger, make a mosh pit in the middle, clog up the running lanes. That’s not what he’s made to do. Him along with Fletcher Cox is going to be a perfect combination.”

Jernigan will be a free agent after this season, and if he’s able to improve his individual production like past defensive tackles in Schwartz’s system, could be due for a nice little chunk of change after the season.

Eagles news and coverage at PhillyVoice

2.    Fired up: Doug Pederson watches old LeGarrette Blount highlights. He could probably get through all of his touchdowns in a minute.

Other Eagles news, notes and analysis from around the web

NFL Network’s Kay Adams believes that Howie Roseman and the Eagles had a strong free agency period in terms of filling needs.

Sando thinks that the Eagles second-year quarterback might not need those free agents, though:

Jeffery and Smith will help second-year QB Carson Wentz enjoy a dramatic improvement in statistical production, but it could be debatable ultimately whether Wentz would have realized most of the gains regardless.

Breech lists Vinny Curry as the Eagles’ entry here, and with a salary cap hit of $9 million, that’s hard to argue. Coming off receiving a big contract extension, Curry was a disappointment in 2016:

After signing a five-year, $47.25 million extension in February 2016, Curry promptly responded by having the worst season of his career. Although Curry probably won't be cut anytime soon thanks to his monstrous contract, it does seem like the Eagles already have a Plan B in place in case Curry struggles again this season. Curry is going to have some competition in the form of Derek Barnett, who was Philly's first-round pick in the 2017 NFL Draft.

Eagles fans will like this list, as Barnwell says that the Cowboys and Giants are two of the five teams most likely to regress this season:

More distressing is the offensive line, which was hardly addressed this offseason and continues to be a major concern. Justin Pugh and Weston Richburg are due to hit unrestricted free agency next offseason, and they're the line's two above-average contributors. Ereck Flowers continues to struggle on the left side, and Jerry Reese's only additions this offseason to help out on the right side were Chargers castoff D.J. Fluker and sixth-round pick Adam Bisnowaty. If the line continues to struggle, the additions at receiver might not matter.