What's the difference between grape juice and wine? 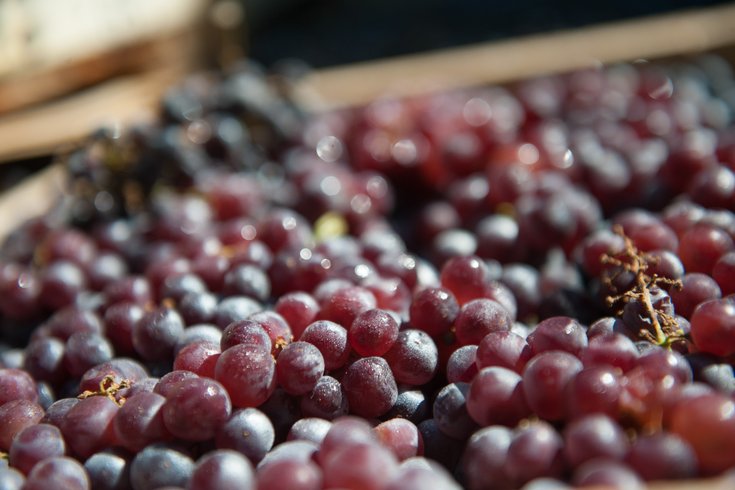 Delightful as both may be, it's a wonder that both wines and grapes can coexist--and be so similar, yet so different from one another.

Curious, we reached out to Philadelphia wine connoisseur Dr. Lynn Hoffman, author of The New Short Course in Wine.

What's the fundamental difference between grape juice and wine?

Grape juice was invented in the 1860s in New Jersey, as a matter of fact. But the idea behind it is that grape juice is an impossibility. When you crush a grape, the juice that comes out, it comes in contact with yeast--from the skin of the grapes. When you crush a grape to make juice, you immediately start to make wine. This posed a conceptual problem for some fundamentalist Christian sects in the 1800s; the problem was they were against alcohol but their communion called for wine. A guy named Thomas Welch, in Vineland, N.J., based on Louis Pasteur with yeast and fermentation, figured you could keep grape juice from fermenting if you heated it and killed the yeast. It became quite popular and even served in the White House reception in the 1890s, for foreign dignitaries. The company he founded still exists, which you probably know. Welch's grape juice. Owned by a co-op now.

But the real answer to your question, is life on earth conspires to turn grape juice into something more highly involved, and that's wine.

The difference is the life itself. Because the most common organism on earth is yeast. There's more of it than any land organism...There's no such thing as grape juice without intervention, which is pasteurization.

• The difference between grape juice and wine is the presence of yeast.

• Though one may naturally assume the juice is the more "natural" of the two, it's actually wine that naturally occurs.

• California's wine prominence is attributed to the culture of Spanish-Italian settlers in the 1600s.

• Wines do get better with age, but most wines will taste best within a year of production.

And what is fermentation?

That's a name to the process in which the grape juice is absorbed into the larger web of life. The forces of existence on this planet--biology. Grape juice is great food for the most common organism on the planet, which is yeast.

So, the distinction between the two?

It's a plain distinction. Grape juice only exists as a deliberate religious intervention for people who were nervous about wine.

And is the same thing happening with wines from other fruits? How about a blackberry wine?

Same process. The only difference is grapes are very high in sugar, so because of that the yeast produces a lot of its waste product, alcohol, and preserves the wine. In a blackberry wine, the yeast creates some alcohol but there are other organisms that want to eat this stuff, and there's another organism...that eats alcohol and turns it into vinegar. So, a blackberry wine will be very short-lived, or you can add sugar to it to up the amount of alcohol.

Is that why it's sweeter?

Is shelf life part of why grapes are standard for wine?

Wild grapes grow all over North America, from coast to coast. And long before people planted them.

What's with the concentration in California and Washington?

Those two places attracted grape growers for two reasons: One is culture; California was inhabited by a large number of Italian-Spanish immigrants who brought wine culture with them; the second is climate. Washington is more recent in the wine world, but California, in 1600, the first Spanish settlers planted grapes there.

Why would somebody make a product and have to hold onto it without getting paid unless it improved taste? But, most wine tastes best within a year of being made. A very small number of wines from particular kinds of grapes improve with aging. The process is also incredibly complicated.

Anything consumers should know as they're shopping for wine?

Wine is one of the most reviewed products in the world. I can't imagine the number of individual wine reviews written every month. So if a consumer is bewildered by everything they see in-store, go online. Wine Spectator is very good. Wine Advocate is another. And Wine and Spirits.