What's the greatest love story ever? 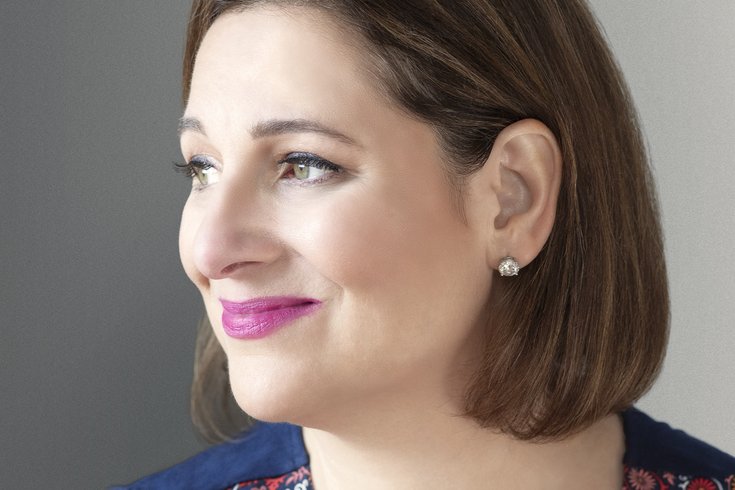 Jennifer Weiner is the author of "In Her Shoes" and the upcoming "Mrs. Everything."

What is the greatest love story in the English language?

Few art forms can rival the power to convey love's complexities and heartrending power than fiction. People can send each other their playlists, poems and portraits all they want, but when you want to be transported into another world and experience another person's heart, we maintain nothing can beat the written word, whether it's Shakespeare or "The Notebook."

For Valentine's Day, PhillyVoice asked writers with a local tie this question: What is the greatest love story in the English language?

Here's what they shared:

Jennifer Weiner: Former Philadelphia Inquirer columnist and author of "In Her Shoes" and other best-sellers. Her novel, Mrs. Everything, will be out on June 25th from Atria Books.

I don’t know if Shining Through by Susan Isaacs qualifies as the greatest story in the English language – that would probably be Paradise Lost – but if you’re looking for a ravishing love story for Valentine’s Day, that is where I’d steer you. Shining Through is the story of Linda Voss, a brave, resourceful working-girl in New York City who is hopelessly in love with her handsome, married lawyer boss on the cusp of World War Two. The book tells the story how Linda gets her man – while becoming a spy in Nazi Germany and more or less saving America along the way. The book, like its heroine, is funny and smart, with charm to spare.

Penn Law School graduate Lisa Scottoline has become one of America's favorite mystery writers. She is the author of 32 books; her latest, "Someone Knows," will be published April 9 by Putnam.

"My idea of a great love story is the late Nora Ephron's novel "Heartburn." True, it's a story of a woman who finds out that her husband is cheating on her and ditches him, but she learns that that the greatest love of all is inside of her. With apologies to Whitney Houston, and of course RuPaul, who said, "If you don't love yourself, how the hell you gonna love somebody else?"

Bruce Graham, Philadelphia native and author of more than twenty plays. He has won consecutive Barrymore Awards for Best New Play (Something Intangible and Any Given Monday) and is the first American playwright to be invited two years in a row to the Galway Arts Festival, which produced "The Outgoing Tide" and "Stella and Lou."

Since movies weren't allowed this took some thought.  To be honest, I'm not a big fan of love stories. It's not the greatest by a stretch, but (Truman) Capote's Breakfast at Tiffanys is my favorite.  It's cynical and has a bummer ending.  Love it. It's real. The movie sucks.   And I'm a pretty cynical person.  I can identify.

Merry Jones, author of the Philadelphia-based Zoe Hayes mysteries, including "The Nanny Murders" and "The Borrowed and Blue Murders." Her most recent book is "Child’s Play."

In thinking about my answer, I realized that the love stories I love are sad. Even tragic. I thought first of Poe, maybe because of his recent birthday. "The Raven." "Annabel Lee." Hauntingly painful accounts of eternal, though lost, love. Then I thought of other classics, also sad, like "Romeo and Juliet."

But for me, the love story that stands out and has pierced my heart since I was a teenager is "A Tale of Two Cities" by Charles Dickens. A man sacrifices his life for the happiness of the woman he loves. Dying, he wins her devotion in a way he never could in life. Selflessness, sacrifice, complete commitment until death—what greater story of love can there be?”

When we think of love stories, we think mostly of stories about people who fall in love, stories that we identify with and that resonate accordingly. "The Photograph" by Penelope Lively is my pick as my favorite love story because, while it is about people and their romantic involvements, it has the added feature that the central character, Kath, stirs feelings of love in the reader — at least it did in this one, and I suspect others who have read the book have felt the same way. Kath is beautiful, but also good and kind. Her beauty and her allure bring her no joy. One wants to do right by her. In other words, just as if one were a character in the book oneself, one has a crush on her. If you read it, prepare to fall in love.”

David H. Bradley, Jr. Pennsylvania native and author of the novels "South Street" and "The Chaneysville Incident," a PEN/Faulkner Award winner. His essay, “Benjamin Rush's Travels Towards Peace” appeared in the 2018 Journal of Transnational American Studies.

Don't know if you can call it a love story, but I have always been caught up in the romantic dilemmas posed by Frank Stockton's "The Lady or the Tiger?"

John Shea has a Ph.D. in English from Penn and is the author of the novel, "Tales from Webster's." His story "Black Wall" appears in the recent anthology of spooky stories, Fall: Fiction Anthology from Dark Ink Press.

I don’t recall ever categorizing stories according to love factor!  (Scary or funny, I might be more useful.)  But I might have to go with "Pride and Prejudice," in part because it analyzes the different stages of love, from chilliness/annoyance to ardor, over the stretch of the novel.  We witness Elizabeth Bennet’s change in attitude. I’m not sure whether characters have to die (Romeo and Juliet) to rise to the top of love stories — and, besides, those two were very, very young!

Lorene Carey, author of the novels, "The Price of a Child," "Pride," "If Sons Then Heirs," and the memoir, "Black Ice."  "Ladysitting: My Year with Nana at the End of Her Century," about her grandmother, will be published in May, 2019 by Norton.

That's a hard one.  I guess I'd say the Bible; it's Big Love – also big failures to love that we haven't yet taken in as a species.