Which player on the Eagles' roster is in Chip Kelly's 'doghouse?' 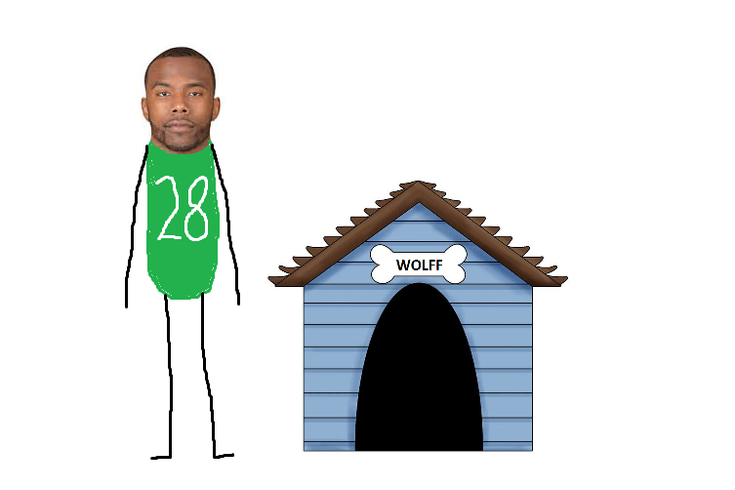 I was asked during one of my weekly Eagles chats here at PhillyVoice if there are any players on the roster who are in Chip Kelly's "doghouse." That answer is easy -- Based on Kelly's quotes, it's clearly safety Earl Wolff. Kelly's frustrations with Wolff stem from Wolff's inability to stay on the practice and playing fields, fair or not. Below are all the times Kelly talked about Wolff in the past year, dating back to August.

In press conferences, Kelly will typically find something positive to say about a player, and the best he could occasionally muster about Wolff was that he was "OK." There's almost nothing positive at all about Wolff below, and the quotes get progressively worse.

Q. Did S Earl Wolff have an injury yesterday?

Chip: "He was a little sore but he should go today."

Q. Earl Wolff not in practice, the second straight day, did you figure out what the soreness was?

Chip: "He has a sore knee. He's supposed to go full today. So we'll see. It's his call. He's going to tell you how good he feels but according to the trainers he's full go today so we'll see where he goes."

Q. Last year you had packages for Earl Wolff where you would rotate him and he played a lot more than he is now. Why doesn't he see as much time as last year?

Chip: "We didn't have any packages. I just think at that time we were unstable at the safety position. Pat [former Eagles S Patrick Chung] got hurt early, so we had to try to figure out who our next safety in the game was at that point in time. So I think it had a lot to do with the injuries at that position more than anything else."

Q.  How has Earl Wolff been doing in training sessions in recent weeks and what have you seen out of him from a progress standpoint?

Chip: "Earl’s been okay. I think he needs to be a little bit more consistent from that standpoint, but he's okay."

Q.  Can you expand on what you said yesterday about Wolff’s need to be more consistent? In what areas, exactly?

Chip: "Everything. I think everybody does. That's not a slight on Earl. There's no one right now that I can say, ‘Hey, they got it, go take it in, don't practice today.’ I think he needs to show us he can be more consistent in terms of the way he practices and I think he'll be the first to tell that you."

Q.  What did you see from the safeties yesterday?

Chip: "I thought we were good. I thought we missed a few tackles. I think Malcolm [Jenkins] obviously solidifies everything back there. I thought Earl did a decent job. He got caught in man coverage and didn’t do a good job there. There are a lot of things that he needs to continue to work on. But for his first extended play, I thought he was okay."

Q. What factored into the decision to have Chris Prosinski up and Earl Wolff down?

Q. Earl Wolff played the full game against the Houston Texans. What happened between then and now that landed him on injured reserve?

Chip: "He just came in on Monday and said that - I had a long talk with him on Monday about where he was and that his leg was really bothering him. So had him sit down with Dr. DeLuca and [head athletic trainer] Chris Peduzzi, and they went and got another MRI on him and it doesn't seem like he was healing from his injury. So they made a decision to shut him down."

Chip: "He's been cleared by Dr. Andrews. It's just when can he get back into full go. He'll be working on the side with our strength and conditioning coaches."

Q. How is Earl Wolff's progress in coming back from micro-fracture surgery?

Chip: "Earl has done nothing except stretch. So there is no progress right now."

Q. With Wolff, is that just a pain threshold thing? Has he been cleared?

Chip: "He's been cleared from Dr. Andrews a couple weeks ago, but it's about what he can tolerate."

Chip:  Yeah, he says he can’t run with his knee.

Q.  At practice yesterday, S Earl Wolff was not on the field. Is there something going on?

Chip:  He went to go see the doctor. He's still at the doctor so he won't be here today either.