Why do romance novels get such a bad reputation? 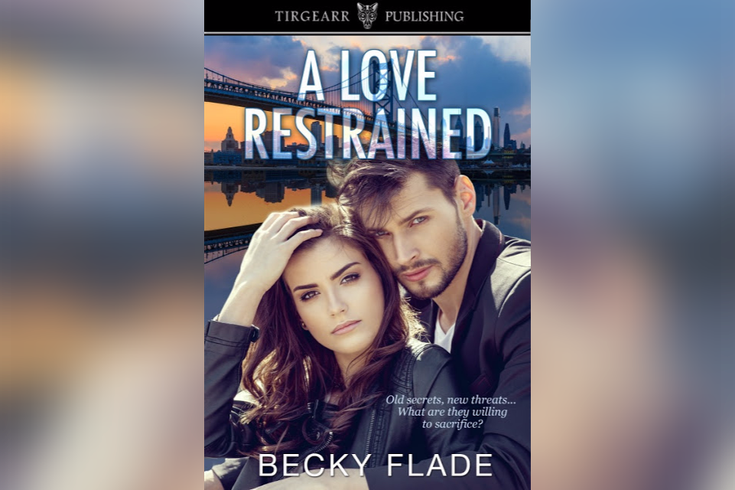 The cover for 'A Love Restrained,' the latest from Becky Flade, a Philadelphia-based romance novelist.

Would we assume the tens of millions who've read the Harry Potter books all secretly spend their free time dressing in wizard robes, trying to cast spells?

In some cases, yes. But for the most part, no. So, why would we think the people who read – and write – romance novels are all fetish-loving, sexual deviants?

That's what Becky Flade, a Philadelphia-based writer of the genre, wants to know.

"Thanks to 'Fifty Shades of Grey' for that," she joked, referring to the 2011 best-seller that was made into a movie in 2015 – a box-office hit but a critical flop.

Flade is a 41-year-old "born writer" whose first romance novel "Secretly Serviced" was published in 2011. Her forthcoming book, "A Love Restrained," is the first of books to be set in her hometown, the Mayfair neighborhood of Northeast Philly. It's the story of a female cop and a male drug dealer who fall in love but obviously struggle to coalesce their feelings for each other with their polar opposite occupations.

Shortly before announcing the date her new work would be available, Flade ranted on her personal website, echoing a long held gripe in the romance genre community: Why do we get an unfair reputation?

In her post, Flade railed against family members who made bold assumptions about her sexual life just because of what she does for a living.

"No one assumes I’m a cannibal because I read Thomas Harris’ books," she wrote. "Or that I practice witchcraft since I’ve read the Harry Potters. That I abuse my children – I have every book by V.C. Andrews; or intend to kill all my neighbors in a televised fight to the death [like in 'The Hunger Games']."

"There seems to be this general preconception that the people who write and read [romance novels] are less intelligent, as opposed to spy novels or mystery thrillers. It's more than a little insulting." — Becky Flade

Her post includes an infographic from romance novelist Maya Rodale's "Dangerous Books for Girls: The Bad Reputation of Romance Novels, Explained," a 2015 release that focuses on the positive effects the genre has for women and its wide appeal in an attempt to dispel the stigma that hovers around her colleagues and their fans.

Rodale told PhillyVoice some of those stereotypes include that these books "portray unrealistic fantasies for women," are "completely all about sex, and the readers are just obsessed with sex," all of which aren't true, she added.

If the genre isn't just soft-porn for women, as many imagine it is, then what are the guiding principles of a romance novel? There are varying opinions, Flade said, but she loosely defines it as a book with a happily-ever-after ending.

Rodale said the Romance Writers of America categorize their novels as those in which the development of a relationship — a love story — is the main focus, and the ending is happy in an "emotionally satisfying way."

An important takeaway here, of course, is that explicit sexual content isn't required. Flade pointed out that in her last three releases, the sensual elements are implied, happening "behind closed doors." (Her mom is her biggest fan, Flade said, but she won't read her more graphic work.)

Romance novels have long been derided as second-rate fiction, a frustrating distinction those within the genre often attributed to the overwhelming percentage of female authors and readers.

"I don’t think it's malicious sexism on the part of individual guys," Rodale explained. "I think it's a culture where women's values or women's work is not valued or given the attention they deserve."

Citing stats from the Nielsen Books & Consumer Tracker, the Romance Writers of America reports about 84 percent of romance novel readership is female. "It's largely a women's world," Flade said. 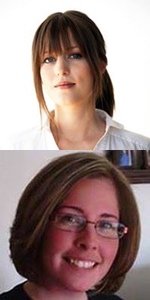 Regardless of the perceived quality of the books within the literary world, romance novels are big business for publishers.

It's a billion-dollar-a-year industry, according to the latest stats from RWA, accounting for more than a third of the fiction market. Those readers are frequently return customers, as a 2015 Nielsen survey found 6 percent buy more than one book a week, while 15 percent buy at least one a week.

The genre is the "workhorse" of the publishing industry, Rodale said. Yet in a way, the economic success of romance novels is what hurts their image, she argued, comparing it to movies that become box-office successes as opposed to Oscar-worthy pictures. Everyone will go see the latest superhero film, but it's not going to rack up awards because it isn't considered artistically relevant.

"There seems to be this general preconception that the people who write and read them are less intelligent, as opposed to spy novels or mystery thrillers," Flade said. "It's more than a little insulting."

Rodale agreed and said, "I think it's really important that the way we talk about them is more respectful. Yes, we're talking about books, but we're also talking about women's stories and women's perspectives."

Despite all of that, the genre is making positive strides in mainstream acceptance. Rodale noted her position reviewing romance novels for NPR and her colleague Sarah MacLean's similar gig with The Washington Post.

Flade hasn't been deterred by negative perceptions about her genre. She's excited for "A Love Restrained," not only for the story but for its setting in Northeast Philly. In past novels, she's either made up the setting entirely or spent time heavily researching it.

With the local backdrop, she knew most places she described like the back of her hand, to the point that her editor asked her to scale back some of the details, like the largeness of Pennypack Park.

And the narrative? "It's a modern take on the star-crossed lovers," Flade said. "She's got a very straight moral compass; his is very flexible. She has to make amends with what he does and with who he is."

Flade was careful not to give away any spoilers about the book, which is currently available for pre-order on Amazon and will be officially released Oct. 4 on major digital publishers, like Barnes & Noble.com and iTunes.

One thing's all but a guarantee, however: a happy ending.