Pair of nighttime swimmers rescued from drowning in Wildwood 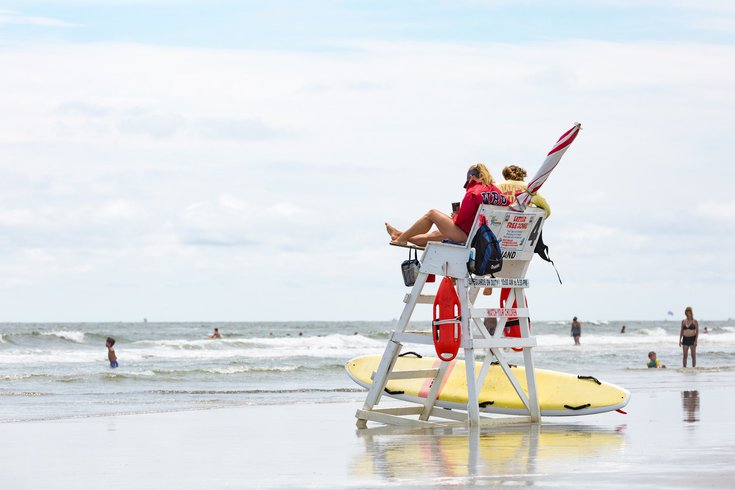 Two people swimming at night near the Garfield Avenue beach in Wildwood beach on Friday needed to be rescued by Wildwood Beach Patrol ALERT members. The swimmers were pulled to safety and did not require any medical treatment.

Two Wildwood beachgoers taking an after-hours swim in the ocean had to be pulled to safety Friday night after almost drowning.

First responders arrived at the Garfield Avenue beach around 8 p.m. Friday after a person saw the two swimmers struggling and called 911, officials said. The swimmers were about 100 yards off the beach.

The rescuers were part of the Wildwood Beach Patrol's After Hours Lifeguard Emergency Response Team – or ALERT – which continues to patrol the Jersey Shore town's beaches after the regular lifeguards go off duty at 5:30 p.m.

The rescued swimmers did not require any treatment or transport following evaluation, officials said.

"This incident could have easily been tragic and serves as another stark reminder of the importance of swimming only when lifeguards are on duty," Wildwood Fire Department officials said in a Facebook post. Along with the fire department and ALERT, members of the North Wildwood Beach Patrol and Wildwood police responded to the scene.

Posted by City of Wildwood Fire Department on Saturday, August 14, 2021

Wildwood's beaches are guarded daily in the summer from 10 a.m. to 5:30 p.m. ALERT members monitor the beaches and water until dark, and Capt. Ed Schneider of the Wildwood Beach Patrol told NJ.com that had incident happened even 10 minutes later it may have ended tragically.

The swimmers were not breaking any laws swimming in the ocean after Wildwood's beaches had closed, officials said