The N.J. Department of Environmental Protection has issued swimming advisories and will continue monitoring the situation 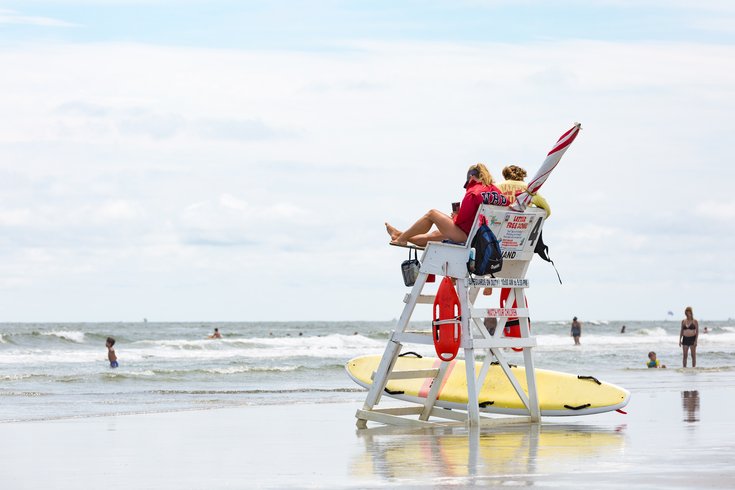 Lifeguards watch over the surf along the beach.

UPDATE: All three beaches that were flagged for unsafe bacteria levels are back within safe ranges, as of Wednesday afternoon.

High levels of fecal bacteria were detected in the water at multiple Wildwood beaches this week, leading into Fourth of July weekend.

Test results showed bacteria levels greater than what's safe for bathing at beaches in Wildwood City, Wildwood Crest, and North Wildwood on Monday and Tuesday. Those beaches remain open but a swimming advisory has been issued.

Officials with the New Jersey Department of Environmental Protection detected the bacteria Enterococci — an indicator of contamination in bathing water that might contain animal or human waste.

The fecal bacteria threshold for safe swimming is 104 CFU per 100 milliliters of water. NJDEP detected 120 CFU at both the Lavendar Road and Bennett Avenue beaches Monday during routine water quality tests.

Any time a sample returns a result greater than 104 CFU a beach is placed under a swimming advisory.

A swimming advisory warns the public of potentially unhealthy water conditions. Additional sampling is conducted until water quality results are again within the standard range. If bacteria levels continue to rise, a beach closure could be issued.

The DEP told NJ.com it tested the waters again Tuesday and those results would be released Wednesday afternoon.

These advisories have nothing to do with the swimming ban placed on a stretch of beach in Wildwood Crest this week after a malfunction at a wastewater treatment facility. Those Wildwood Crest beaches were determined to be safe and reopened Tuesday.