Founder of Sam's Pizza Palace on Wildwood boardwalk dies at 92 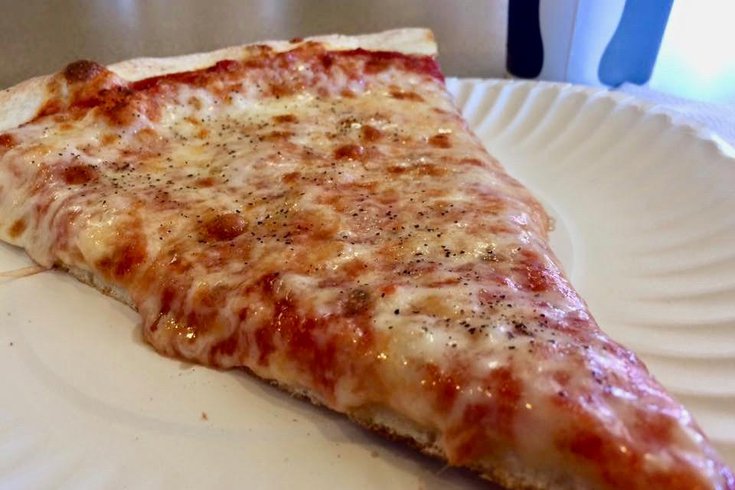 Family members and customers of Sam's Pizza Palace are mourning the death of Sam Spera, who founded the restaurant on the Wildwood boardwalk in the 1950s. Spera died March 12, 2021, at the age of 92.

The owner of a beloved pizzeria at the Jersey Shore died last Friday at 92 years old, leaving behind a restaurant that was born out of his journey as Italian immigrant.

Sam Spera, founder of Sam's Pizza Palace in Wildwood, built his boardwalk business after arriving in the United States from Villalba, Sicily, in in 1951. His shop started as Sam's Steaks, a sandwich joint that needed something else – pizza – to grow into a restaurant with generational staying power.

"Sam leaves behind a legacy built on flour and sauce, hard work, and strong will," a message posted to the pizzeria's Facebook page said. "To our customers, staff, and friends – we thank you for being part of his life and story."

We are heartbroken to share that our Dad, Sam Spera, has passed away at the age of 92. Sam moved to America from...

The history of Sam's begins with Spera's arrival in Trenton with his wife, Anna, where he worked two jobs to support their three children.

After a visit to the Wildwood boardwalk in 1957, he became convinced he wanted to establish roots there.  He first entered a partnership on a restaurant called Marconi's and later opened Sam's Steaks on his own on the north side of 26th Street.

Looking to drum up more business, Spera purchased a pizza oven and used an old Sicilian recipe that had been passed down to him.

Selling slices for 15 cents apiece, Spera's business soon took flight. He remained at his first storefront for three decades before moving the restaurant to its current location on the south side of 26th Street in 1988.

The restaurant has a number of quirky, old-fashioned features — including a manual cash register dating back to a New York department store in the 1940's, according to NJ.com.

In 2014, Spera told the website he came to the U.S. with $50 and couldn't speak any English. His given name is Salvatore, but he decided to go with Sam because it was easier.

The early days of the business were a struggle, so much so that Spera spent some time sleeping under the pizza oven when he couldn't afford a room.

During the heyday of the Sam's Steaks location, the business was neighbored by a King Kong ride and a puppet booth run by Freddy Mahana.

The current location is adjoined to a hotel, the Shore Plaza Beach Resort, with private balconies overlooking the boardwalk. The two businesses burned down in 2005. Sam's Pizza Palace reopened the following memorial day, but the hotel remained closed until 2012.

Each year, Sam's Pizza Palace is one of the first businesses to open on the Wildwood boardwalk, ushering in the warm weather months and weekend visits ahead.

The news of Spera's death prompted an outpouring of condolences and memories on social media, where regular visitors and even former employees remembered the man who built a Wildwood tradition that will continue with his spirit.

Spera is survived by this three children, Rosemary, Tony and Rita, eight grand children, and 11 great-grandchildren.

The pizzeria remained open on Friday, despite Spera's death.

"Sam wouldn’t have wanted it any other way," the restaurant said.