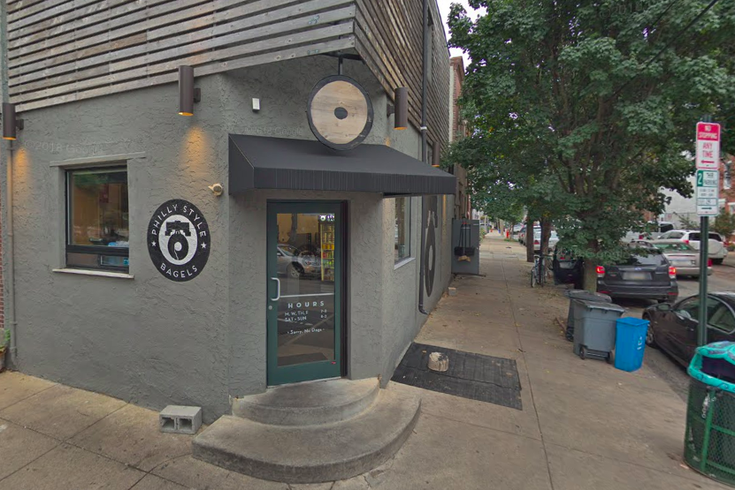 Philly Style Bagels, located at 1451 E. Columbia Ave. in Fishtown, is among the best bagel shops in the nation, according to Food & Wine. The business is temporarily closed in early 2021, but the owners say they're on track to return soon.

There's nothing quite like sinking your teeth into the chewy dough of a bagel, one of the most versatile breads out there for sandwiches and spreads. Whether you've got cheese melted into one half and egg soaking into the other, or a blended layer of butter and jam, it's a wholly satisfying meal.

Food & Wine recently put together a list of the top 50 bagel spots in the United States. It's one you'd reasonably expect to be dominated by businesses in New York and the rest of New England. That proved largely true, with some additional love given to a handful of shops in Ohio and California.

But Philadelphia got a nod as well for Philly Style Bagels, a Fishtown business that has been collecting accolades ever since it opened its doors five years ago.

Owners Collin Shapiro and Jonathon Zilber set out to create a distinct new process for making bagels when they opened their Philly shop. They boil their bagels in a custom beer brew — including Yards IPA — and then bake them in a pizza oven.

"It's Philly and no one's really done it before," Zilber told the 2 Food Trippers blog. "We kind of saw the opportunity to reclaim this food item that has been around forever. It gave us an angle to innovate on something that's been stagnant for decades."

Here's what Food & Wine had to say about the shop:

Fired on wood planks in a very hot oven—almost like pizza!—after a nice long ferment and boil, in a unique beer and water blend, these are typically tightly-structured, smaller bagels, often with a bit of a friendly wrinkle up top from the boil, not recognizably adhering to any other style than their own—admirable, considering the drive from Fishtown to the Outerbridge Crossing takes barely an hour. (Confidence! We love to see it.)

Philly Style Bagels makes 10 consistent flavors and a series of rotating specials, offering a range of spreads and a collection of sandwiches.

What started as a weekly pop-up at the old Pizzeria Beddia quickly drew national attention when Shapiro and Zilber struck out on their own.

The Classic Lox Sandwich at Philly Style Bagels earned a place on Bon Appetit’s "The 5 Best New Sandwiches in America" list in August 2016. The owners later explained how the sandwich is made in a video for the magazine.

At this point, you're probably planning lunch or tomorrow's breakfast from Philly Style Bagels — but you'll have to hold out for a little while. After enduring the hardships of the COVID-19 pandemic in 2020, the owners announced in January that they're taking a temporary break until further notice.

"We want to take this moment to say how much we appreciate each and every one of you who have come from near and far to eat our bagels. Community is everything to us, and although we've had to change how we interact with each other, we feel closer than ever to you all," Zilber and Shapiro wrote. "2020 was obviously (a) challenging year, and your support throughout has meant so much and we want to thank you for adapting with us and for your patience along the way. We truly are so fortunate to be a part of this Philadelphia community."

We've reached out to Philly Style Bagels about their reopening plans and will update the story when they set a return date.