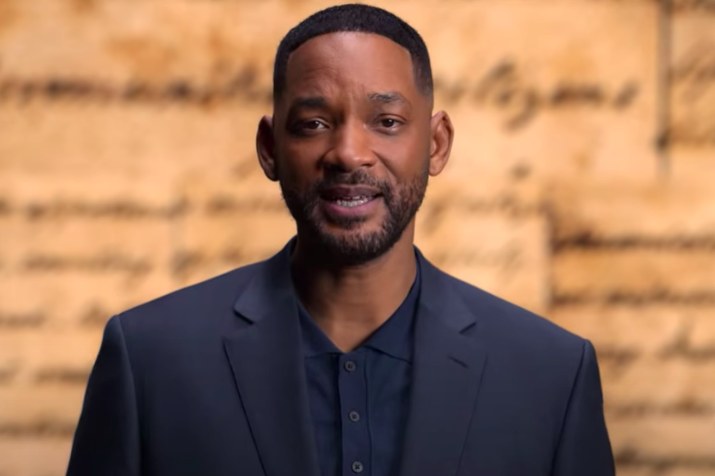 Will Smith and his media company pulled the production of their upcoming film, 'Emancipation,' from Georgia in response to the controversial voting law.

Will Smith and director Antoine Fuqua have pulled production of their upcoming film, "Emancipation," from Georgia after the state passed a controversial voting law that some activists call an effort to make it harder for the state's Black population to vote.

Smith's media company, Westbrook Inc., and the acclaimed director's Fuqua Films made the announcement Monday in a joint statement:

"At this moment in time, the nation is coming to terms with its history and is attempting to eliminate vestiges of institutional racism to achieve true racial justice. We cannot in good conscience provide economic support to a government that enacts regressive voting laws that are designed to restrict voter access. The new Georgia voting laws are reminiscent of voting impediments that were passed at the end of Reconstruction to prevent many Americans from voting. Regrettably, we feel compelled to move our film production work from Georgia to another state."

"Emancipation" is a slavery-era drama about a real-life enslaved man named Peter, played by Smith, who emancipated himself from a southern plantation and joined the Union Army. It will now be filmed in Louisiana, and shooting is expected to start in June.

Georgia is an attractive location to film for many production companies, like Marvel Studios, Netflix, HBO and others, for its tax incentives. This marks the first major production that has left the state since the law changed, the New York Times reported.

Apple bought the rights to "Emancipation" for $130 million last year, and the film could lose up to $15 million in tax rebates from the move.

The new law immediately caused waves, with many labeling it as a form of voter suppression. President Joe Biden called it "Jim Crow in the 21st Century."

Supporters of the law say it makes Georgia's elections more secure and expands voter access, rather than limiting it.

The battleground state flipped blue during the 2020 presidential and senate elections, which caused supporters of former President Donald Trump to make claims of voter fraud in the state, although those allegations were proven to be false.

More than 100 chief executives across industries gathered virtually to debate their next moves in reaction to the law, though it's unclear if other companies will follow suit and move out of the state. Major League Baseball recently protested the law by moving its 2021 All-Star Game from Atlanta to Colorado.

Other prominent media figures like Tyler Perry, who runs a studio in Atlanta, spoke out against these boycotts, saying they hurt working-class Georgians. Before COVID-19, the Motion Picture Association supported more than 90,000 Georgia-based jobs.