U.S. District Court Judge Matthew Brann ruled that there was no proof of widespread voter fraud in the commonwealth 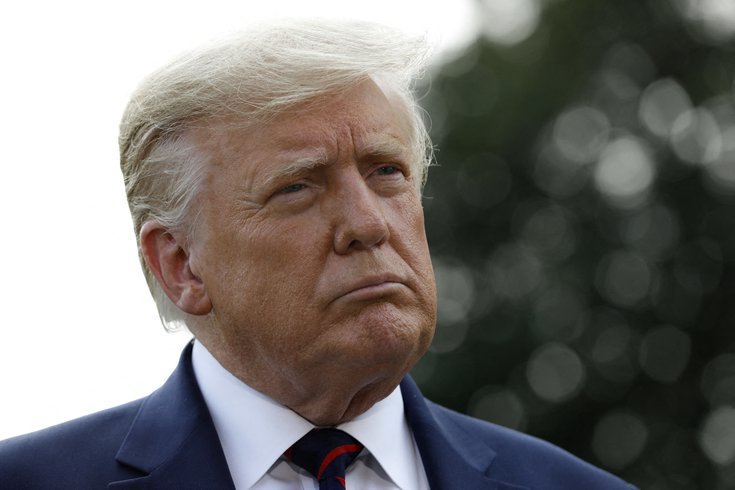 As Pennsylvania continues to certify votes submitted during the 2020 election, a federal judge has tossed out a Trump campaign legal challenge that was seeking to invalidate millions of mail-in ballots legally cast.

U.S. District Court Judge Matthew Brann wrote in his ruling on Saturday that President Donald Trump’s campaign had asked the court to disenfranchise the almost 7 million Pennsylvania voters who took part in this year’s election.

“This Court has been unable to find any case in which a plaintiff has sought such a drastic remedy in the contest of an election, in terms of the sheer volume of votes asked to be invalidated,” Brann wrote. “One might expect that when seeking such a startling outcome, a plaintiff would come formidably armed with compelling legal arguments and factual proof of rampant corruption, such that this Court would have no option but to regrettably grant the proposed injunctive relief despite the impact it would have on such a large group of citizens.”

“That has not happened,” Brann continued. “Instead, this Court has been presented with strained legal arguments without merit and speculative accusations, unpled in the operative complaint and unsupported by evidence. In the United States of America, this cannot justify the disenfranchisement of a single voter, let alone all the voters of its sixth most populated state. Our people, laws, and institutions demand more.”

The Trump campaign had sued Pennsylvania Sec. of State Kathy Boockvar and seven counties across the commonwealth, alleging that the defendants violated equal protection under the U.S. Constitution for their handling of mail-in ballots during the election.

The defendants had argued that the lawsuit was too extreme, citing that the vast majority of votes cast in Pennsylvania had already been counted.

Brann’s decision on Saturday was the latest courtroom defeat for the Trump campaign in Pennsylvania, where the incumbent Republican has already had several lawsuits dismissed.

“Another judgement on behalf of the voters of Pennsylvania,” Shapiro wrote on Twitter. “These claims were meritless from the start and for an audience of one. The will of the people will prevail.”

Since the 2020 election was called for President-elect Joe Biden earlier this month, the Trump campaign has waged legal warfare over the results in several states — including Arizona, Georgia, Michigan, and Nevada.

However, the vast majority of Trump’s legal challenges have already been dismissed, according to the Associated Press. Despite the defeats, the Trump campaign has continued to make false, unproven claims of widespread voter fraud during the 2020 election.

Much of the 2020 election was conducted via vote-by-mail due to the ongoing COVID-19 pandemic. As a result, the counting of ballots has continued since Election Day.

Any mail-in ballot postmarked by Election Day and received by 5 p.m. on Nov. 6 could be counted in Pennsylvania.

After tallying up all the in-person and mail-in ballots cast across the state, Biden held an 81,000 vote advantage over Trump in Pennsylvania.

All 67 counties have to submit their final certified vote count to the state by Monday. Biden’s electors in Pennsylvania will then officially vote to award the President-elect with the commonwealth’s 20 electoral votes in December.