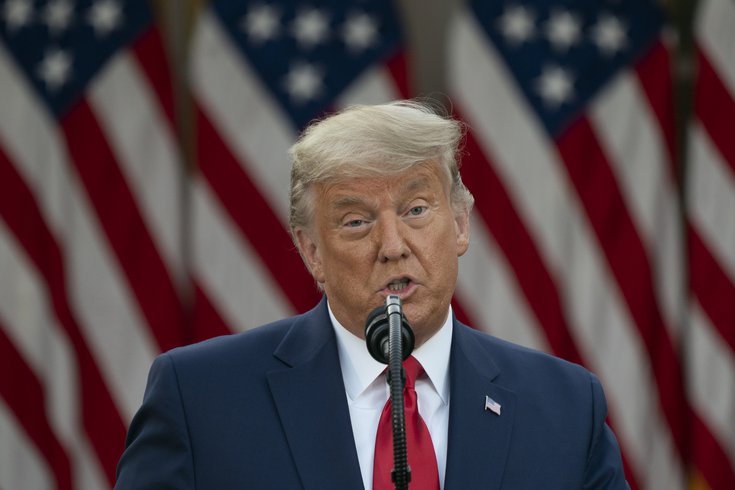 A top law firm representing one of President Donald Trump's legal challenges to the results of the 2020 election in Pennsylvania dropped the case Thursday.

The Ohio-based firm, Porter Wright Morris & Arthur, announced it would no longer be representing the president on Thursday. It had agreed to take the case on Monday, just four days prior.

The law firm's withdrawal from the case was revealed from a federal filing this week.

"Plaintiffs and Porter Wright have reached a mutual agreement that plaintiffs will be best served if Porter Wright withdraws. Plaintiffs are in the process of retaining and causing other counsel to enter an appearance herein," wrote the filing, according to Vice.

Porter Wright Morris & Arthur had recently come under scrutiny for its agreement to represent the Pennsylvania case.

At least one of their staff members had resigned in response to the firm's agreement to represent President Trump, and their Twitter appeared to be momentarily deactivated Tuesday, following public criticism.

The case - which sought to stop Pennsylvania elections officials from certifying the results of the election - was one of approximately 15 legal challenges filed in the state by the Trump campaign. Suits have also been filed in at least eight other U.S. states.

The Pennsylvania case will continue to be represented by Philadelphia attorney Linda Kerns, the same federal filing said.

Another Trump lawsuit in Pennsylvania also faced setbacks Friday, when a Philadelphia judge denied the validity of the suit.

The lawsuit attempted disqualify 8,300 Pennsylvania mail-in ballots that arrived after Election Day. These mail-in ballots were meant to be counted, according to Pennsylvania Supreme Court order that extended the return deadline to Friday, Nov. 6, as a response to increased numbers of people voting-by-mail due to COVID-19.

The Philly judge denied the attempt to throw out the votes, holding that there's "no evidence of widespread voter fraud."

However, even if they ballots were disqualified, the 8,3000 votes wouldn't be enough to flip the state for Trump, who trailed behind Biden by around 60,000 votes, according to the AP.