The satellite locations are not mentioned in the Pennsylvania election code, they said 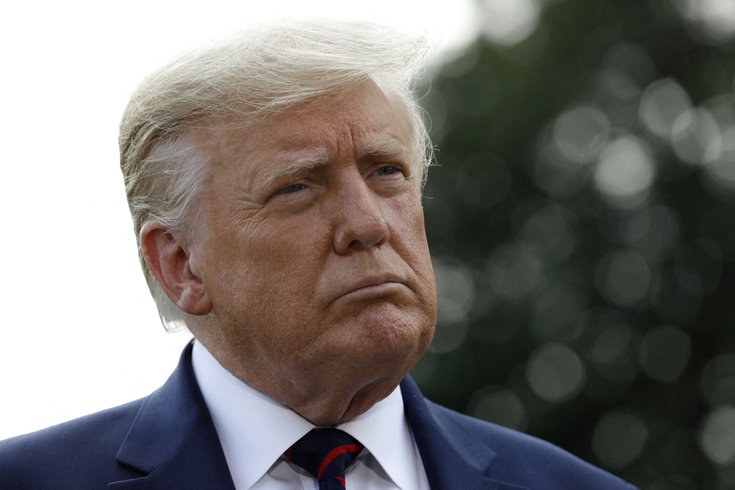 A federal judge on Saturday rejected an attempted lawsuit from President Donald Trump's reelection campaign to make Philly allow poll watchers into satellite, or early voting offices in the city.

U.S. District Judge J. Nicholas Ranjan then rejected the lawsuit in a statement Saturday, in which he wrote to "dismiss all claims in this case," according to Pennsylvania Attorney General Josh Shapiro.

Shapiro celebrated on social media, calling the ruling "a win for voters and our democracy."

"We have been in court for months protecting the right to vote and working to get this outcome for all of you," wrote Shapiro. "Vote by mail or in person, however you choose. Your vote will count."

Philadelphia Judge Gary Glazer on Friday had previously released a 14-page opinion in which he also rejected the lawsuit, showing that Pennsylvania law does not protect poll workers' rights to watch from inside election offices.

Poll watchers can be sent as campaign representatives to monitor polling locations, Glazer pointed out. But they are not required to be allowed to watch the early voting or satellite locations now set up in Philly, where Trump's representatives were turned away.

Trump's reelection campaign then appealed the ruling shortly after, reported the AP, sending the suit to Judge Ranjan. They will be able to appeal Ranjan's ruling as well.

Several satellite voting offices are now open in Philadelphia allow local voters to register, request a mail-in ballot, and submit a completed mail-in ballot. Eventually, 17 locations will be open. A complete list of the locations planned to open can be found here.

There are also several locations open in six neighboring Pennsylvania counties. None of these locations were called out Kerns' letter to the three Philadelphia City Commissioners, in which she introduced the suit.

WHYY obtained the letter in which Kerns voices worries of election fraud in Philly, if the representatives are not permitted. City commissioners responded, echoing Glazer's argument that the Pennsylvania election code does not specifically address the concept of satellite offices.

"Today’s ruling makes clear, yet again, that the President’s wild claims don’t hold up in the court of law," wrote Shapiro. "Voters can have confidence their voice will be heard in this election."

President’s Claim: His poll watchers were unfairly denied admission to Philadelphia board of elections’ satellite offices.