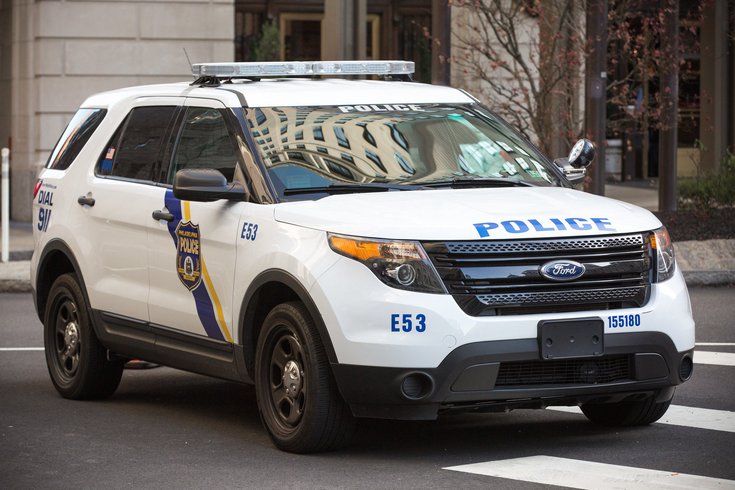 Former Philadelphia police officer Eric Ruch Jr. was charged with murder and other offenses for the alleged shooting of an unarmed civilian in 2017. The victim, Dennis Plowden, was a Black man.

A former Philadelphia police officer will be charged with murder for the 2017 shooting of an unarmed Black man, the District Attorney's office announced Friday.

Eric Ruch Jr., 33, turned himself in Friday morning following a years-long investigation into the fatal shooting of Dennis Plowden in December 2017. Plowden allegedly was shot by Ruch while sitting on the sidewalk, after a high-speed car chase with police.

Plowden had been driving a vehicle that was initially believed to have ties to an ongoing homicide investigation. Ruch spotted the vehicle and called police dispatch asking to "run a tag on a mover." Dispatch told Ruch the tag on the white Hyundai was good until July 2018.

However, Plowden was still pursued by Ruch and three other police vehicles until he crashed. The victim fell out of the car looking "dazy and lost," according to witnesses.

The 25-year-old Plowden was also unarmed.

Ruch eventually exited his police vehicle and fired his gun. The other officers did not discharge their weapons. The time that had passed from Ruch calling police dispatch was less than three minutes, District Attorney Larry Krasner said in a press briefing Friday.

"The sequence of events leading up to the fatal shooting of Plowden spanned less than two minutes and 19 seconds, following Ruch's radio call," said Krasner. "Within six to eight seconds of arriving on the scene, former officer Ruch shot Plowden once, the bullet passing through his raised left hand, wounding three fingers, and traveling directly into his head."

Internal and criminal investigations began in 2017 following the incident. Ruch was subsequently fired from the Philadelphia Police Department in October 2018. The investigations process was stalled due to one of Ruch's colleagues offering contradictory testimonies of the shooting.

The Bucks County resident is charged with with with voluntary manslaughter, first-degree murder, third-degree murder, and possession of an instrument of crime. A trial date is set for April 12, 2021.

Ruth was arrested Friday morning. He is being held without bail and faces a maximum sentence of life without parole due to his charge of first-degree murder.

The Philadelphia District Attorney's press briefing held Friday was streamed on the Office's Facebook and can be viewed below.

At the briefing, Krasner, who is known for his criticisms of police brutality, emphasized fairness to all parties involved in the case against the former Philadelphia police officer.

"We are trying to be fair," said Krasner. "That is the only way we are going to succeed in restoring the relationship between communities that are sometimes distrustful of law enforcement, and the law enforcement that is supposed to serve them."

Krasner also contrasted the case to that of the killing of George Floyd. Floyd was filmed being brutally arrested by Minneapolis police officer Derek Chauvin, who has since been charged with second-degree murder and other charges.

The case of Plowden is different, Krasner said Friday.

"If we think about a case like the George Floyd case, that is a case where you have a video that captures a lot," said Krasner. "With cases where police accountability is at issue, where we have video evidence or very strong evidence you can move more swiftly."